Recognize this fabric? It’s called Moon Garden, from Joel Dewberry’s line Wander. I’ve used it in small amounts in the bed runner I showed you yesterday, the one I made using the pattern Spinners by Heather Peterson of Anka’s Treasures:

“Ho hum,” you must be thinking. “That’s old news.” Yes indeed, but since bringing that beautiful floral fabric home earlier this month I have been fixated on using it in Heather’s pattern in a different way. I hinted as much in an earlier post about this fabric.

In case you hadn’t noticed, the Spinners block contains six 60° triangles. Instead of meeting in the middle to form a kaleidoscopic image, however, the triangles “spin” around a center hexagon. That didn’t stop me from testing my idea that six identical triangles placed in a Spinners block would produce an interesting effect.

Before I show you my Spinners block, take a look at the kaleidoscope blocks I could have made. Because the triangles are equilateral, any of the three points can go in the center, providing three different outcomes.

Here’s the first one: 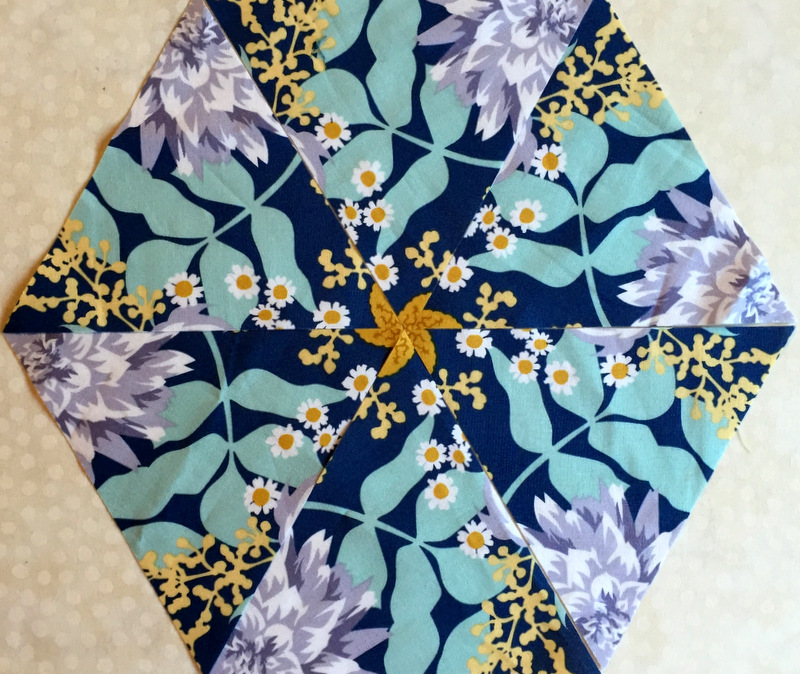 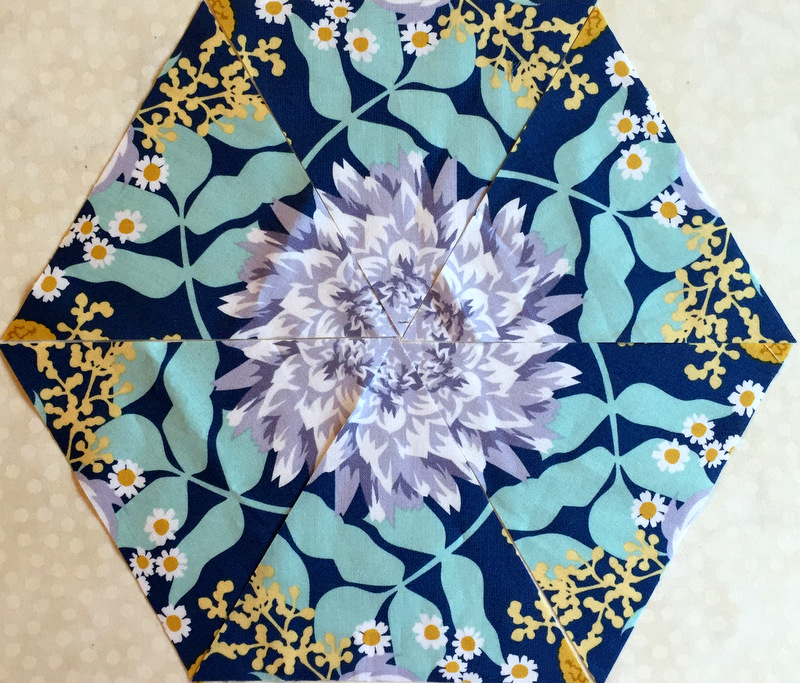 And the third one: 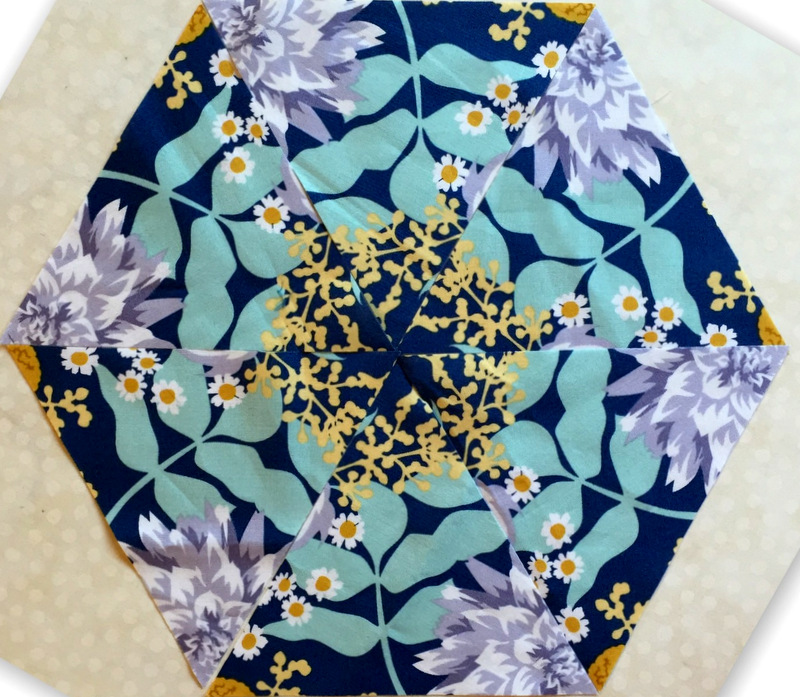 I like them all but am partial to the first one. A quilt made of these blocks and more would be very striking, to be sure. The floral print lends itself beautifully to kaleidoscope blocks. But we’re headed in a different direction this time. Take a look:

A new spin, both literally and figuratively. I’m calling it a “kaleido-spinner” block.

I placed the block on a piece of dark blue fabric so the block would stand out and I like the effect so well I’m going to use that fabric. I’ll make a couple more blocks before deciding whether to make a wall hanging or keep going to make a quilt.

What do you think? I’m pretty excited about it!

6 Responses to A Different Spin