Scrabble is on the daily agenda at my sister Diane’s house in Atlanta where my husband and I are visiting. During our two-week visit over Thanksgiving this year, we will probably play at least 20 games. The three of us are pretty evenly matched in skill and extremely competitive — unless one of us has the possibility of a seven-letter word, in which case the other two jump in to help.

The bag that holds Diane’s Scrabble tiles was in pretty sad shape so I decided to make her a new one. I found some soft sueded fabric at JoAnn’s the other day when Diane and I were picking up notions for the home dec projects I’m working on while here (subject of a future post).

It took a mere half hour to make the Scrabble bag. Instead of making a casing at the top for a drawstring, I sewed Velcro strips.

We went from this: 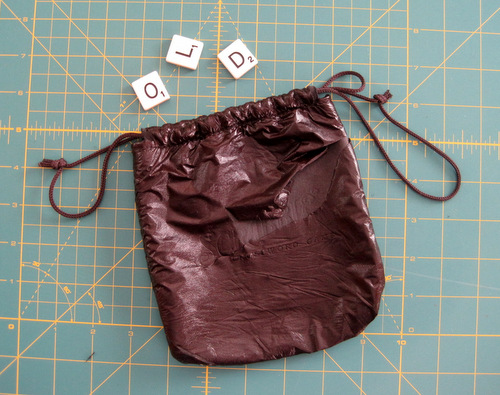 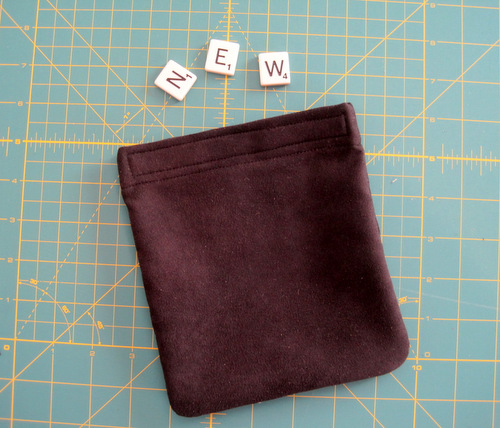 Quite an improvement, wouldn’t you say?

This entry was posted in family, Scrabble, update. Bookmark the permalink.

2 Responses to Tiles in Style: A New Scrabble Bag