When I was at Quilt Camp earlier this month, I made Blocks 9 and 10 of Hazel’s Diary Quilt. Block 9, called Fancy Farm Girl, was quick and fun to make: in the center, a square in a square surrounded by hourglass blocks. 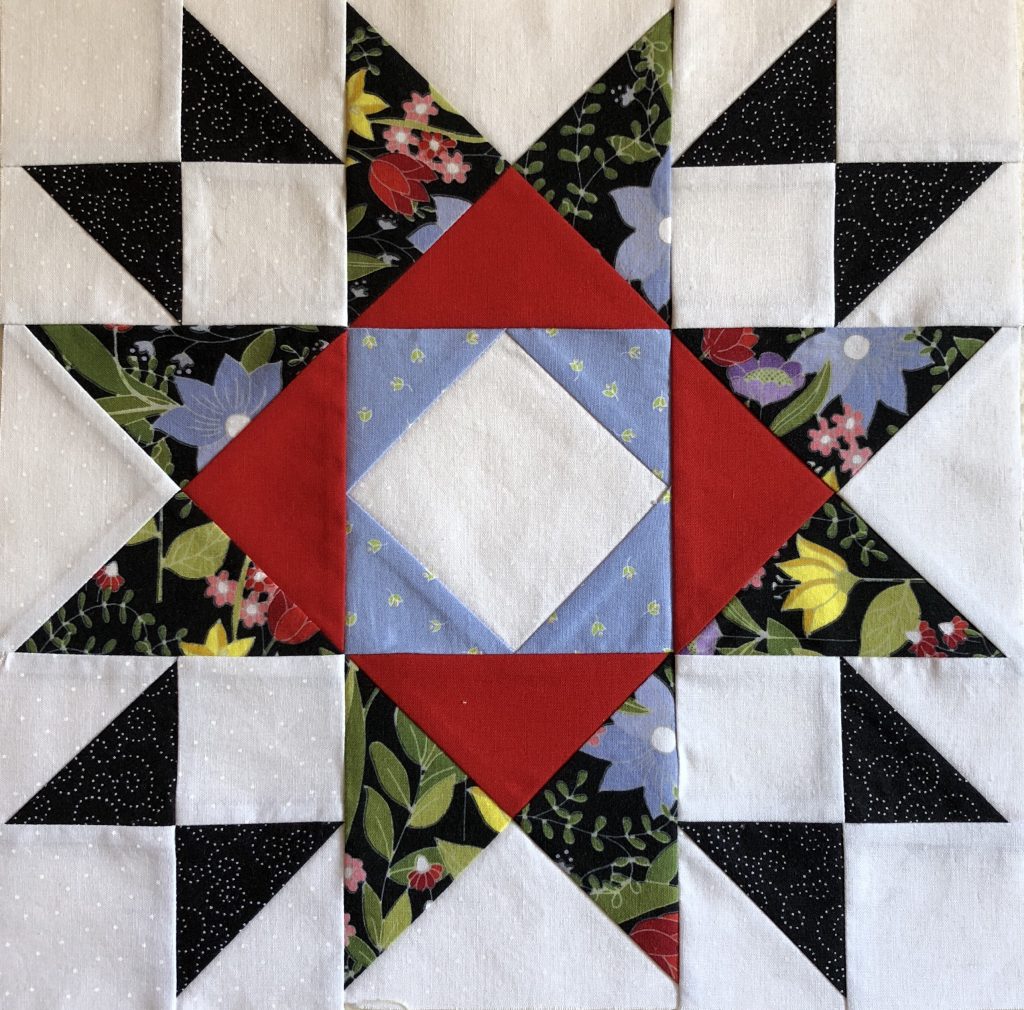 Here is the same block oriented on point as it will be in the finished quilt: 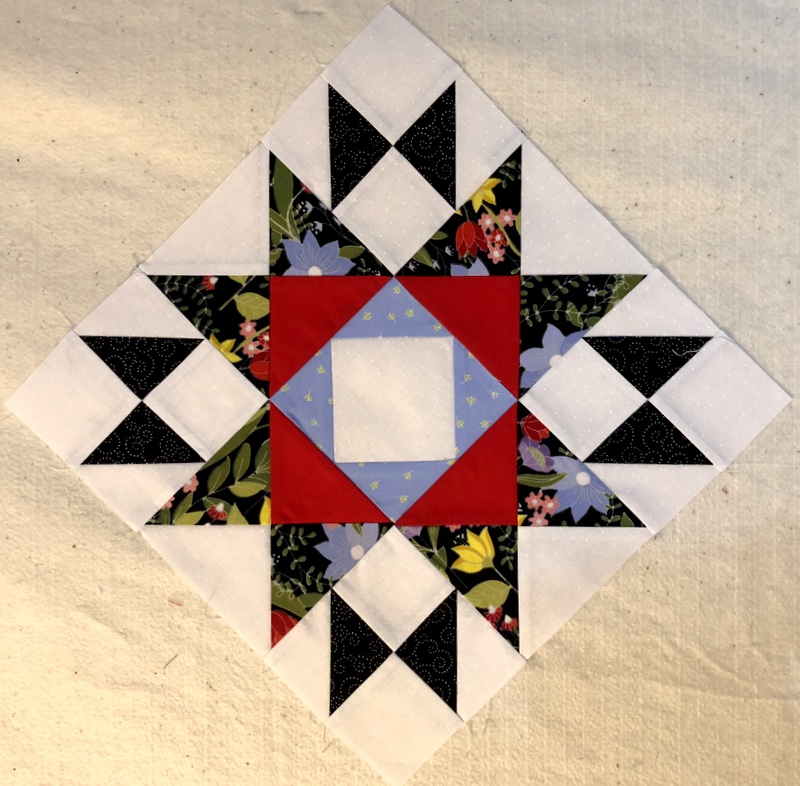 This block is still awaiting its appliqué in the center and the red scalloped frame around it. You can imagine what mine will look like by viewing designer Shelly Pagliai’s original version: 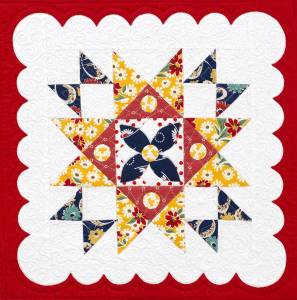 And what about Block 10? I did make it but I am so dissatisfied with my fabric choices that I am going to remake it. You’ll have to wait a bit for that reveal.

In the meantime I have been working on adding that red scalloped frame to the other blocks I have already made. Here is the scalloped frame added to Block 7, Aunt Ruby’s Choice: 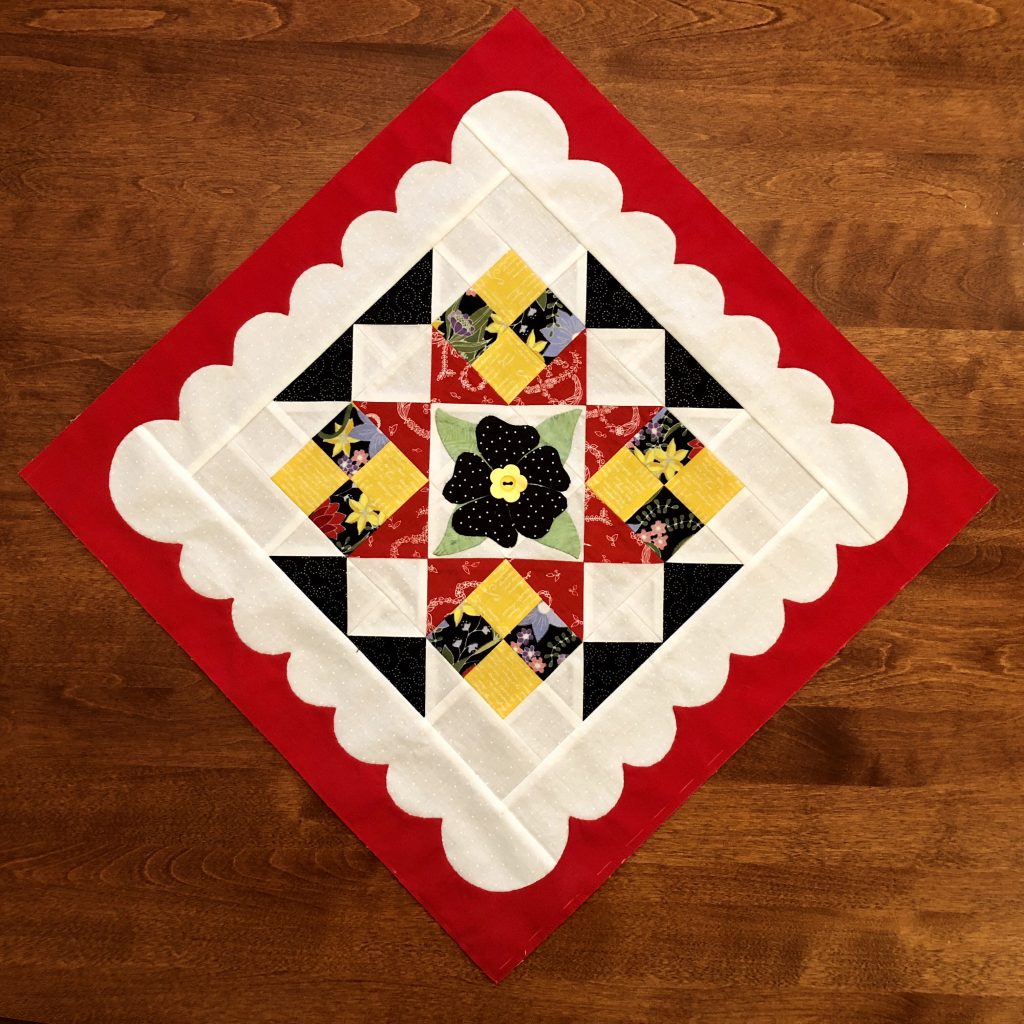 This is my second scalloped frame and I am happy with the result. Here is another look at it against a white background: 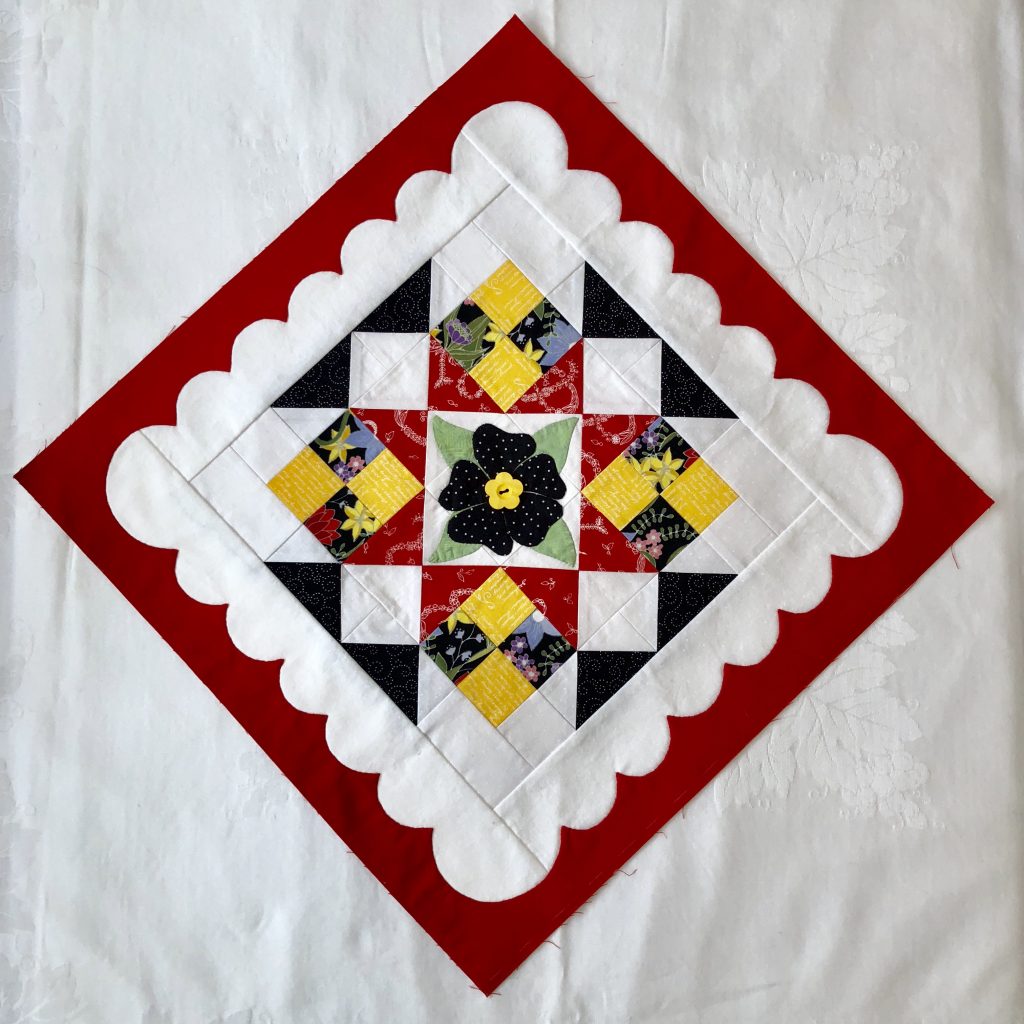 Given that Shelly’s quilt was inspired by her mother Hazel, who grew up on a farm in Missouri in the 1950s, I couldn’t resist showing the block with my own mother’s 50s-era recipe box, now in the possession of my twin sister Diane: 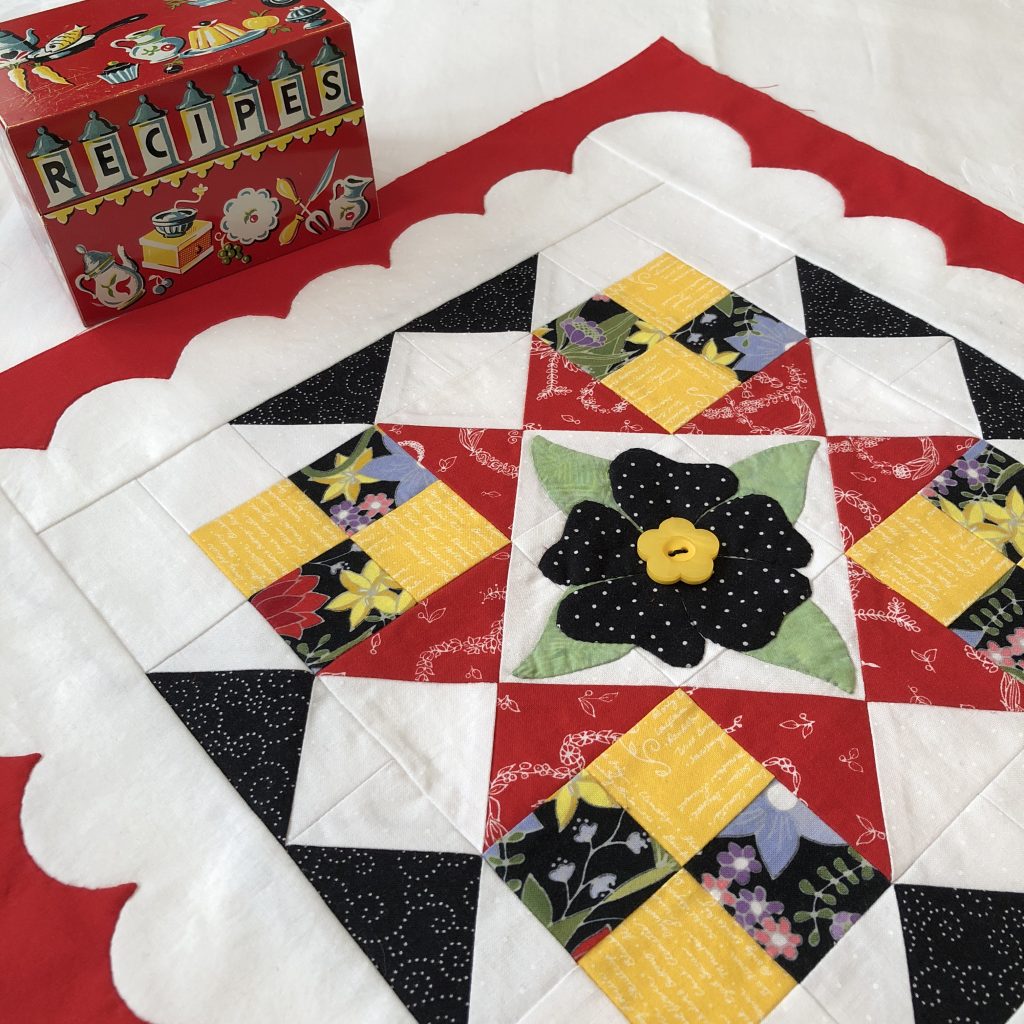 My fabrics aren’t as evocative of the 1950s as Shelly’s quilt but I am tickled that the fabrics I have chosen are so similar in color to Mother’s recipe box. She died in 2003, a couple years before my love affair with quilting began in earnest, but somehow I know she would approve. Do you think I can wrest that recipe box away from Diane?