Before I show you the arrangement of my nine pieced and appliquéd blocks in Hazel’s Diary Quilt, let’s review the blocks in the order in which Shelly Pagliai introduced them in her book A Simple Life: Quilts Inspired by the ’50s (C&T Publishing/Kansas City Star Quilts, 2016).

The blocks are set on point, as they will be in the finished quilt: 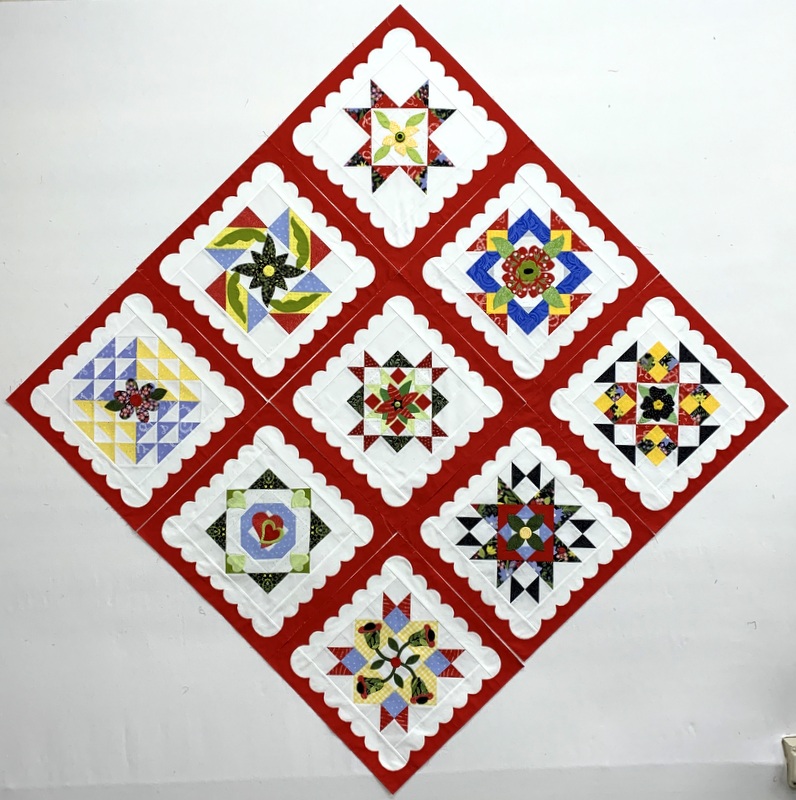 Did you notice Block 2 is missing? That’s because I haven’t made it yet. The block, called Summer of ’51, is a vine of flowers and leaves around a square that will create a medallion in the center of the quilt. One of the nine pieced blocks will go in the very center of the medallion. To see Shelly’s original quilt, click here.

Shelly designed this quilt in memory of her mother, Hazel Ilene, who received a little red diary as a Christmas gift in December 1950 when she was a freshman in high school. Hazel wrote in the diary every day for almost four years, with her last entry written the night before her wedding in October 1954.

The blocks Shelly designed were inspired by Hazel’s diary entries and her life as a teenager growing up in rural Missouri during the early 1950s. For each block Shelly chose a traditional design, sometimes modifying it a bit, and added a floral appliqué in the center. Then she added a scalloped red frame around each block, appliquéd in place.

Without further ado, here is the final arrangement of my blocks: 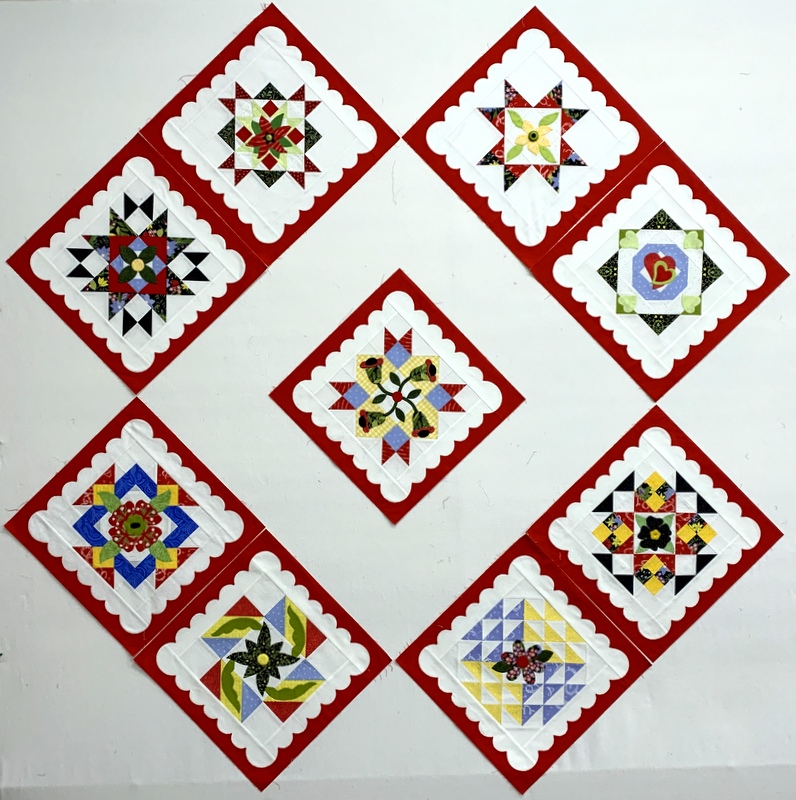 The last block I pieced, Fair Weather, turned out to be my favorite, and that’s the one you see in the center.

There’s a lot left to do on this quilt but it’s very satisfying to be at this point!