. . . made from the Pattern Basket‘s new pattern, aptly named Pretty Little Baskets. This one is half again as large as the first one I made (subject of my last post) because I resized it. Here’s the new test block: 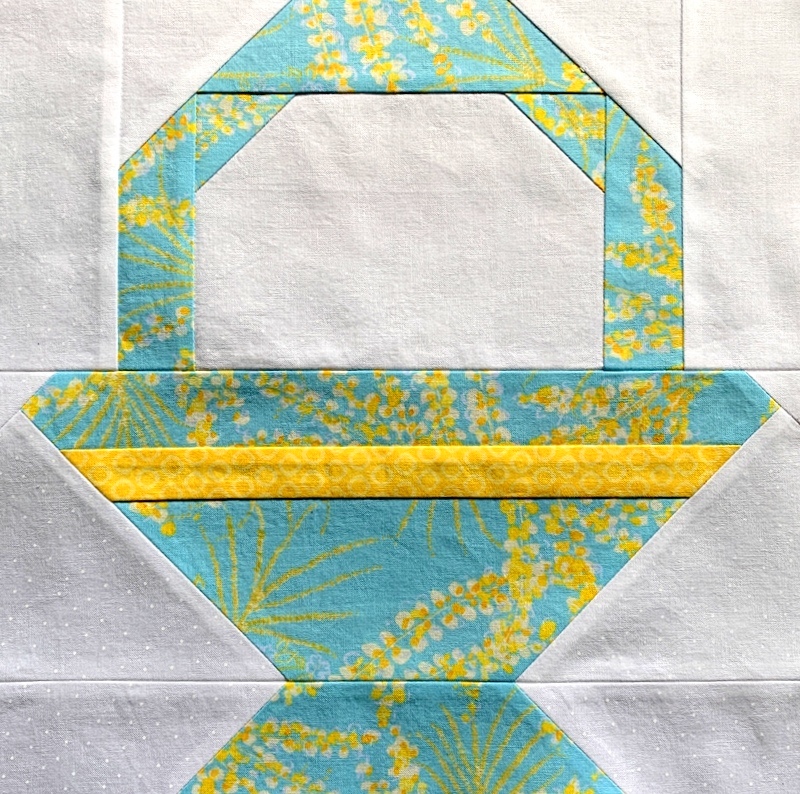 It measures 12″ unfinished. For comparison, here are both blocks together: 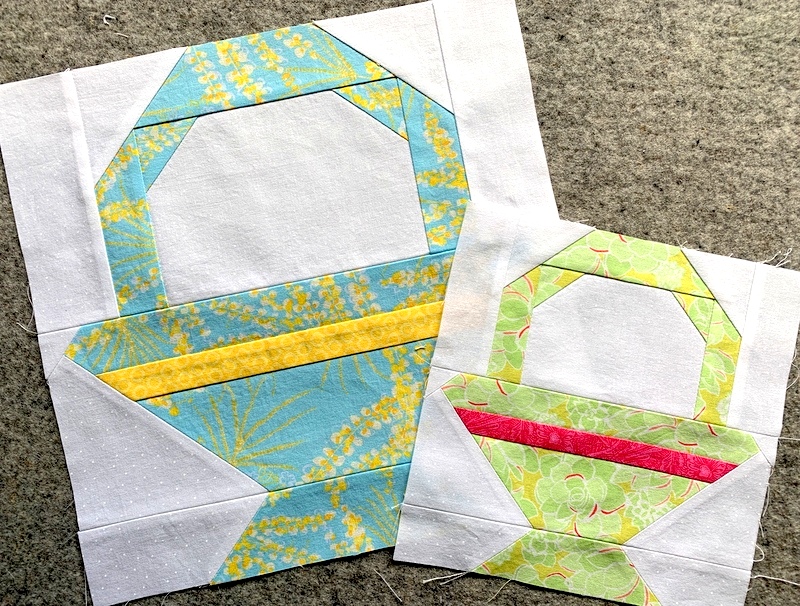 It took me the better part of a day to figure the correct measurements to cut the fabric strips and to sew one block. The reason? Fractions! The original block measures 8″ unfinished, 7½” finished. That’s a bit unusual. Most blocks are a whole number finished, and the unfinished block is a half inch larger because it includes two quarter-inch seam allowances.

I wanted to make a basket block as close to 12″ as possible. I figured the easiest way was to use the original instructions and scale the measurements up 150%, meaning the block would measure 12″ unfinished, 11½” finished. I knew that would mean some unusual cutting dimensions. As it turned out, the procedure for determining the exact measurements was more involved than I originally thought and almost every strip of fabric was cut to an eighth of an inch.

But hey, it worked! And now I have two pretty little baskets. I like both sizes and will probably make more of both eventually, though for different projects. Wouldn’t these blocks be wonderful with some kind of appliqué added?

This entry was posted in appliqué, update. Bookmark the permalink.

5 Responses to Another Pretty Little Basket . . .