Mere hours after dropping off the top and backing to longarm quilter Karlee Sandell of SewInspired2Day yesterday, she had them loaded on to her longarm machine and quilted. Karlee posted photos on her Instagram feed last night and kindly gave me permission to post them here.

Take a look at this: 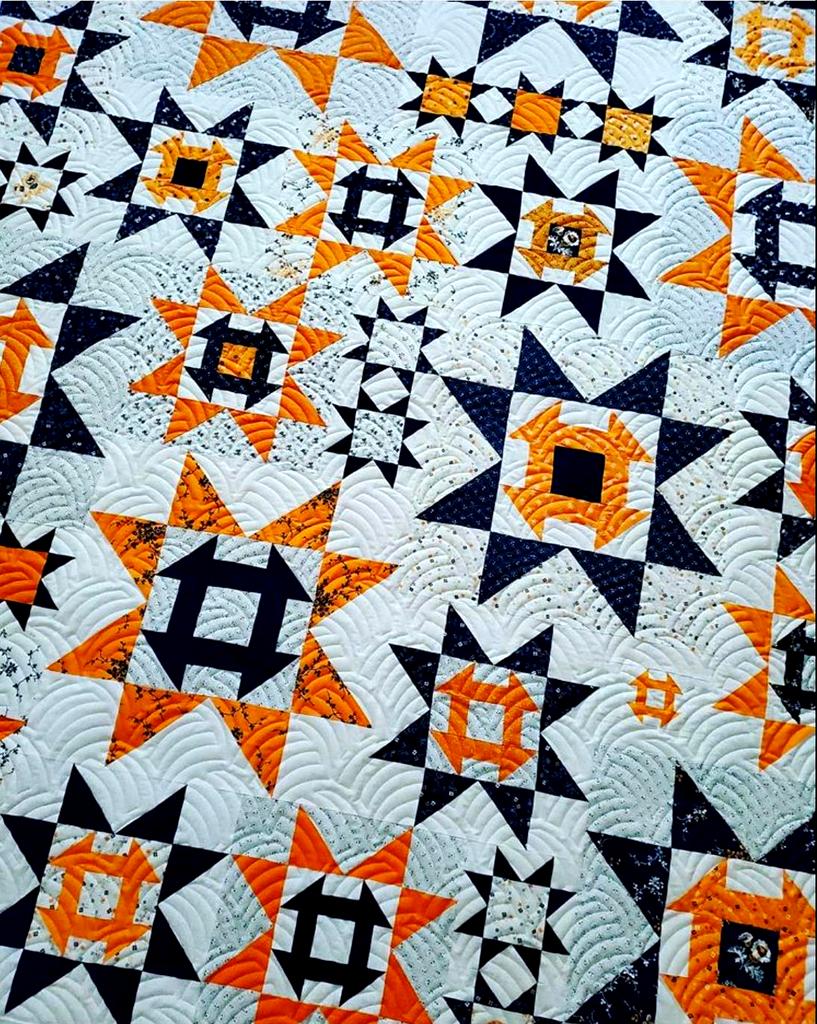 Isn’t the quilting marvelous? In my last post I hinted that the motif I had chosen was a contemporary version of a very traditional one. It reminds me of the time-honored Baptist Fan motif — but with an edge. The design is called Woven Wind, and I chose it not only because of its similarity to Baptist Fan but also because I felt all those sharp points in my blocks needed some curves to soften them a bit.

And there’s one more reason: my quilt is a quirky combination of traditional and contemporary elements. I started with two very traditional quilt blocks — the Churn Dash and the Sawtooth Star — combined into one block (the Churning Stars block) but then created a quilt of different sizes of blocks with no border. I used a group of very traditional indigo and cheddar fabrics but also threw in some contemporary cheddar and indigo-colored prints. The traditional-but-contemporary quilting motif reinforces my other design choices in making the quilt.

Here are a couple of close-ups of Karlee’s quilting: 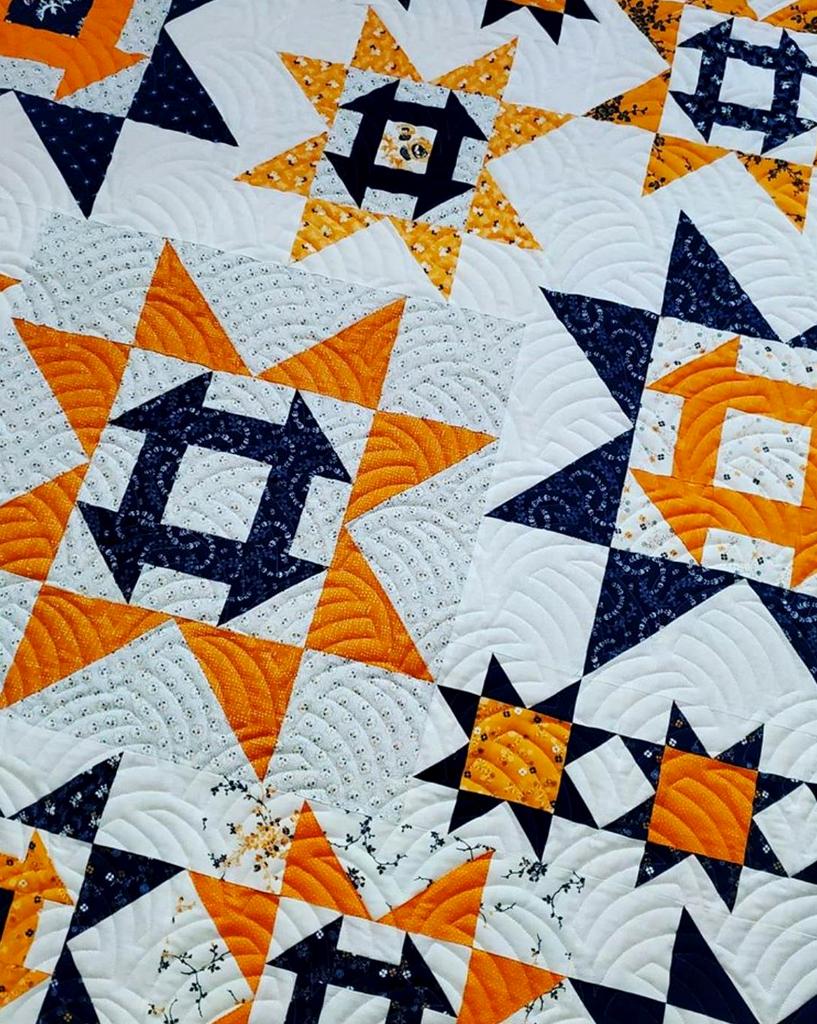 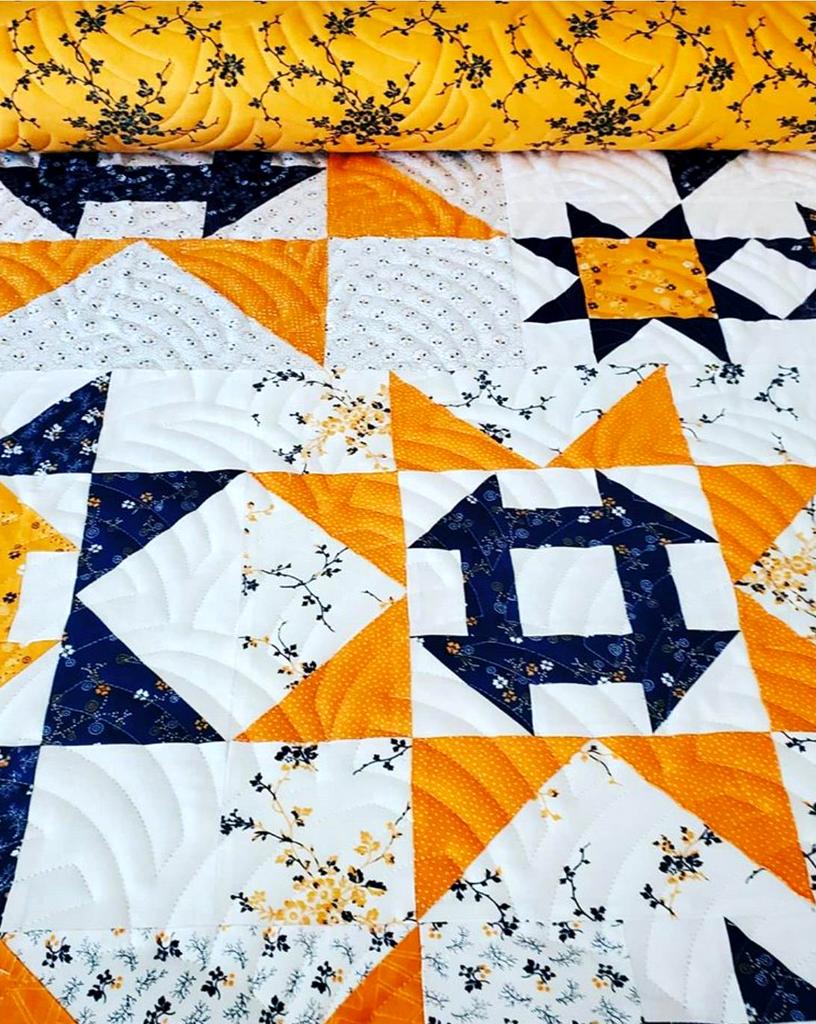 The quilting looks terrific on the back too: 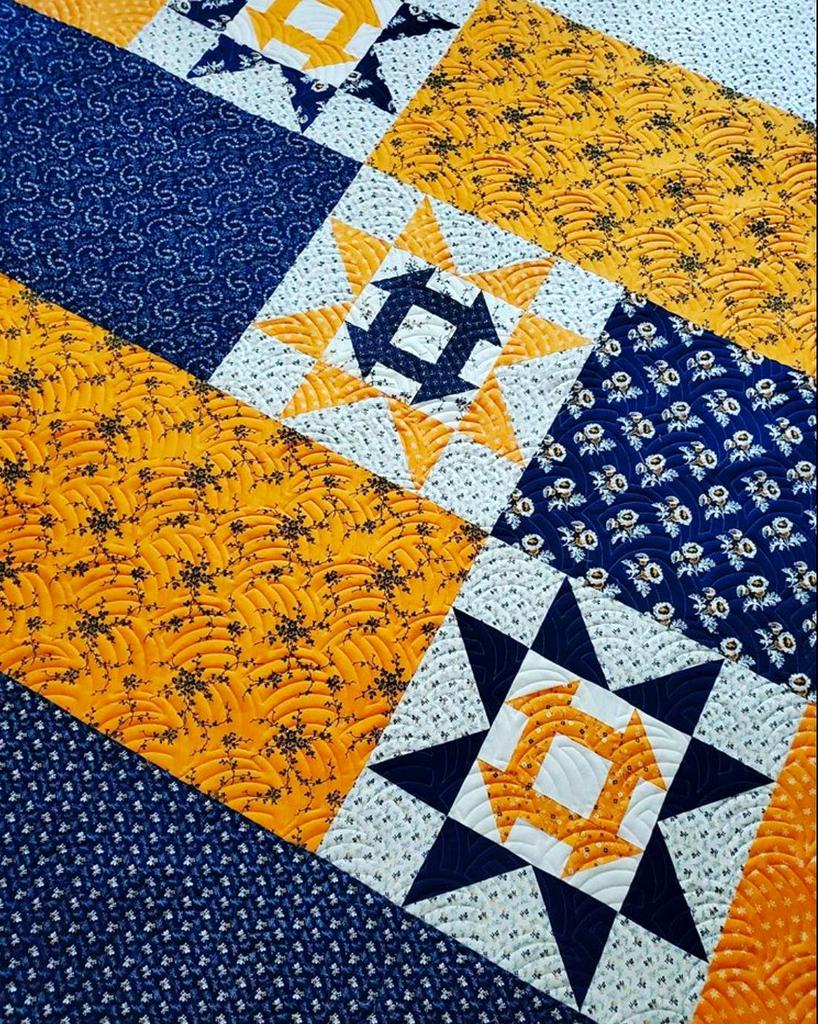 I’m off to fetch my quilt so I can see this quilting loveliness in person. More photos to come!

8 Responses to Oh My Stars!