It’s been a few days since I added borders to my Sea Star Sampler quilt top: 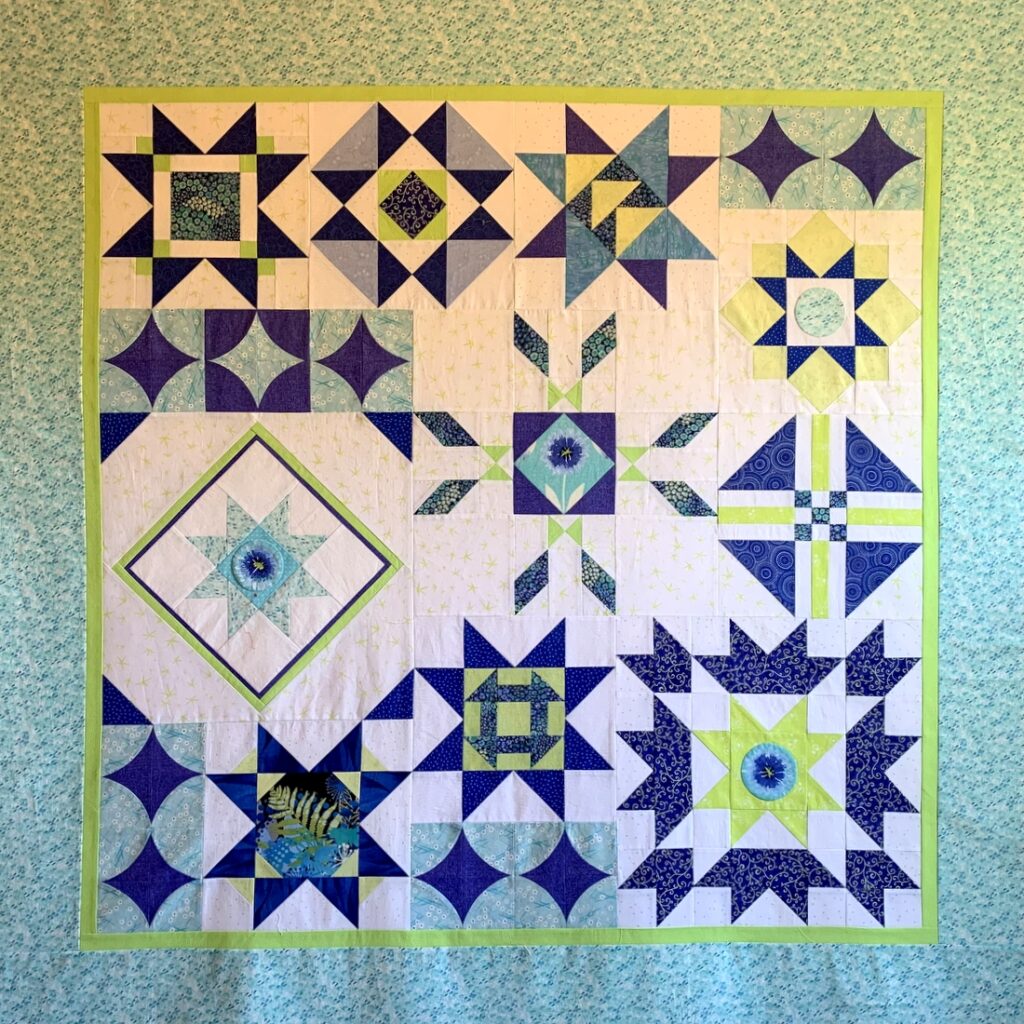 The outer border is the same fabric used in a couple of interior blocks, this whimsical design by Jessica Zhao for Cotton + Steel:

I made sure all four borders show my little fishies swimming upstream! To do that I had to cut the side borders on the lengthwise grain. I had enough fabric to make single cuts for the sides but had to piece the top and bottom borders because they were cut on the crosswise grain.

Today I made a simple pieced backing for the quilt using mainly this fabric, which has already made an appearance in three blocks (in fussy-cut form):

The plan is to deliver the top and backing to my longarm quilter later in the week. Since many of the fabrics in this quilt are related to the sea and/or are suggestive of water, I’m thinking of asking for a simple quilt design suggesting waves. But I am open to other ideas. Feel free to weigh in!

This entry was posted in Block of the Month (BOM), sampler quilt, update. Bookmark the permalink.

4 Responses to Ready for the Quilter!