There’s a lot of serious crafting going on here at my quilt group’s weeklong retreat in Central Oregon. Sewing, piecing, quilting, rug hooking, wool appliqué — you name it, the Quisters are doing it. Let me show you what I’m talking about, starting with a tableau of one of Vickie’s wool appliqué projects: 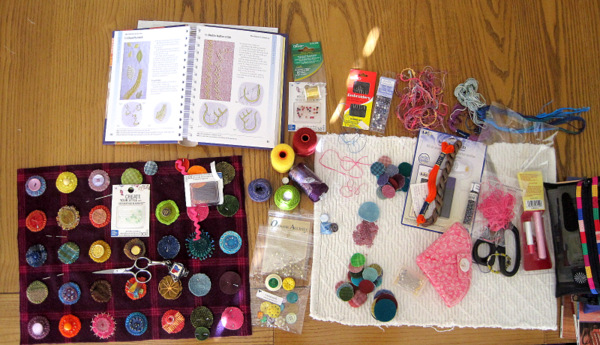 She’s working on a project begun in a class last summer taught by Sue Spargo. Working with a beautiful piece of purple plaid wool, Vickie added wool circles of different sizes and is embellishing the circles with a colorful assortment of beads, vintage buttons, ribbons, and embroidery floss. 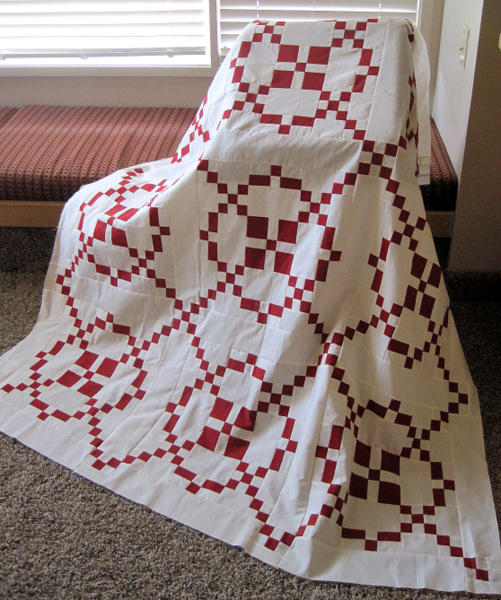 It’s from the book Burgoyne Surrounded by Elizabeth Hamby Carlson (That Patchwork Place, 2004). The smaller red and white squares finish at one inch!

Peggy is working on a red and white quilt, too. She is recreating an antique Lone Star quilt featured in the Feb. 2012 issue of American Patchwork and Quilting. This is one of four Blazing Star blocks that go in the corners: 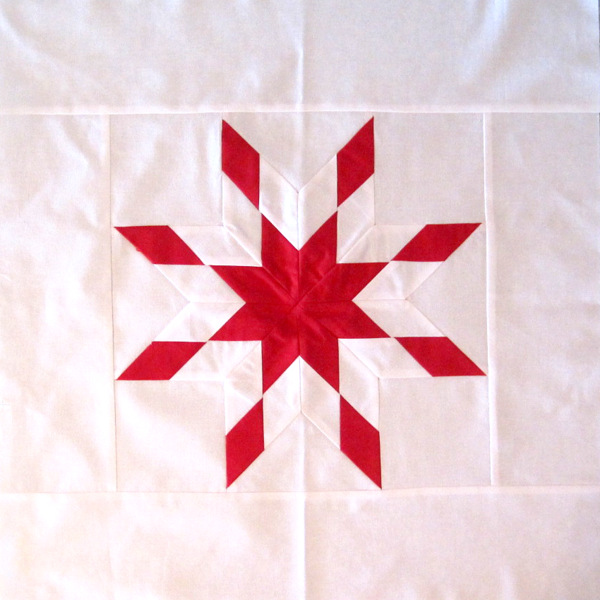 The corner blocks are 20″ square so you can imagine how large the Lone Star is in the center of the quilt. If my math is correct, Peggy’s finished quilt will contain 1,480 diamonds.

My sister Diane asked for a cover for her new iPad mini so I made one from some of the same fabrics used in the iron caddy shown in the previous post. (Note to sister Reigh: I’ll make you one, too!)

We’re here till Friday, so be sure to check back for more Show and Tell.