Does this look familiar? 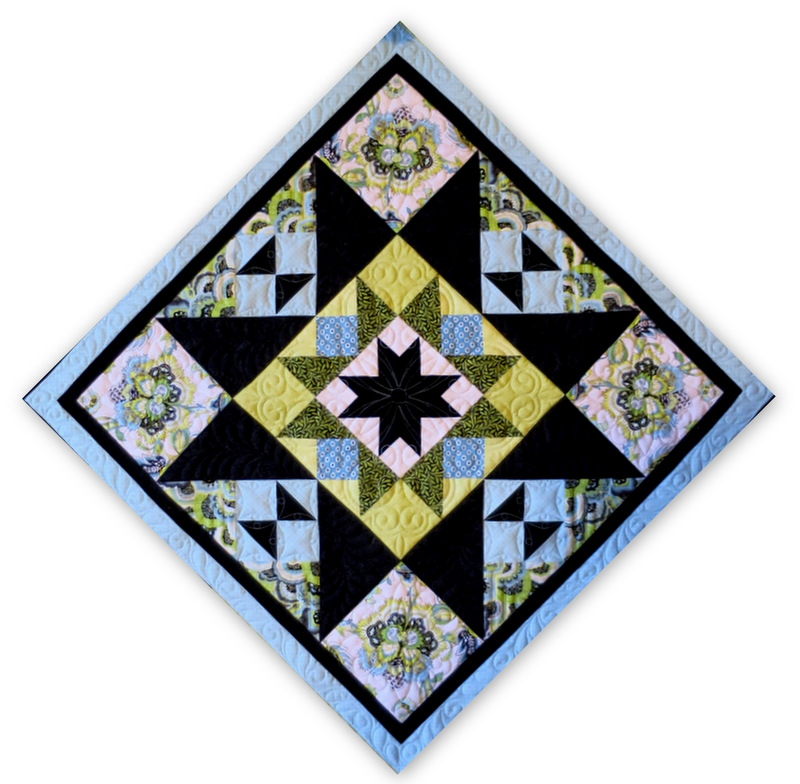 It’s the center medallion of my quilt Catch a Falling Star, based on Terri Krysan’s Reach for the Stars star sampler quilt. During all of 2014 I was engrossed in making this quilt. Regular readers were with me each step of the way.

Back in February 2014, after making the center medallion and a couple of blocks in the quilt you see above, I started playing around with a different set of fabrics — Barbara Brackman’s Morris Tapestry line for Moda. I made a couple of test blocks to see how I liked the focus fabric: 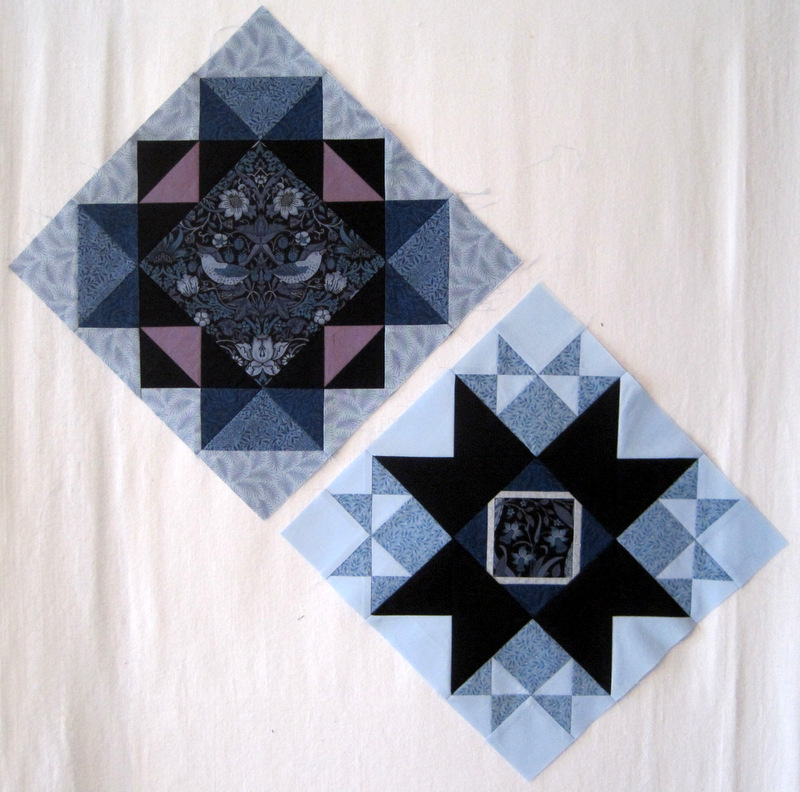 I decided then and there to make a second version. Those two blocks were as far as I got, though. Now, several months after finishing Catch a Falling Star, I have returned to that idea.

Here is the center of medallion of my Reach for the Falling Stars, Version 2 quilt: 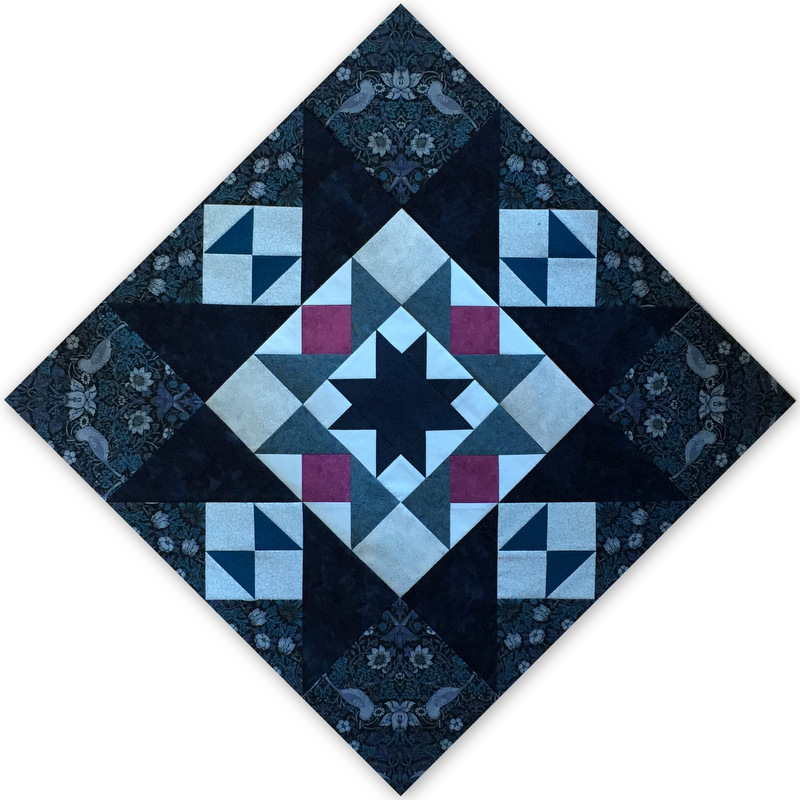 You must think I’m crazy. Or maybe just star crazy.

Ah, but there’s a method to my madness. You see, I am not going to make the 14 blocks that surround the center medallion. My Version 2 of Reach for the Stars is going to be a bedrunner. I’m going to choose my six favorite blocks from the 14 I made for Catch a Falling Star. I replaced a couple of blocks in Terri Krysan’s quilt design for some I liked better, and at least one of those will wind up in my Version 2.

Either I’m a committed quiltmaker or I should just be committed. What do you think?

This entry was posted in Reach for the Stars sampler quilt, update. Bookmark the permalink.