In my last post I showed you my latest kaleido-spinner project, noting that I planned to reverse the two large blocks in the fourth row. That’s been done, and this is what the quilt top looks like now: 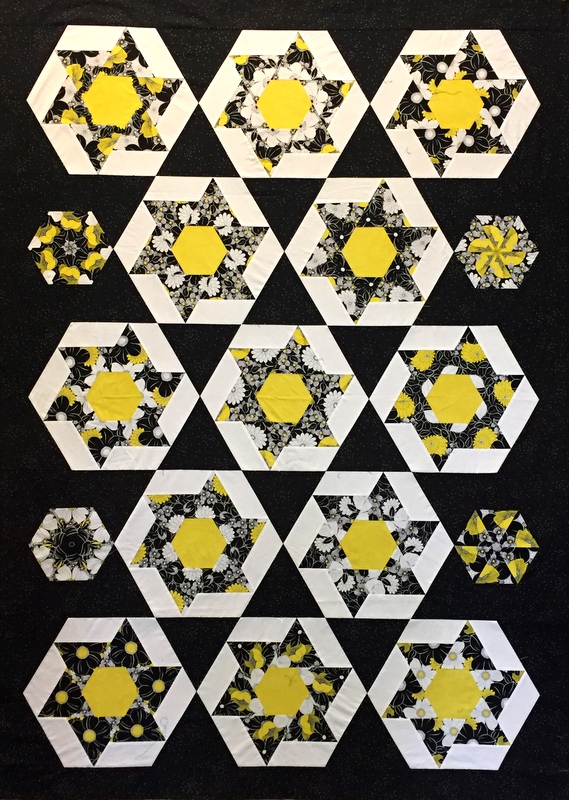 The change was made to better balance the distribution of yellow in the quilt. That small hexagon kaleidoscope on the left side of the fourth row has very little yellow in it, so it needed some help from its neighboring blocks.

It’s a subtle but significant change. Here’s a look at the quilt top before and after: 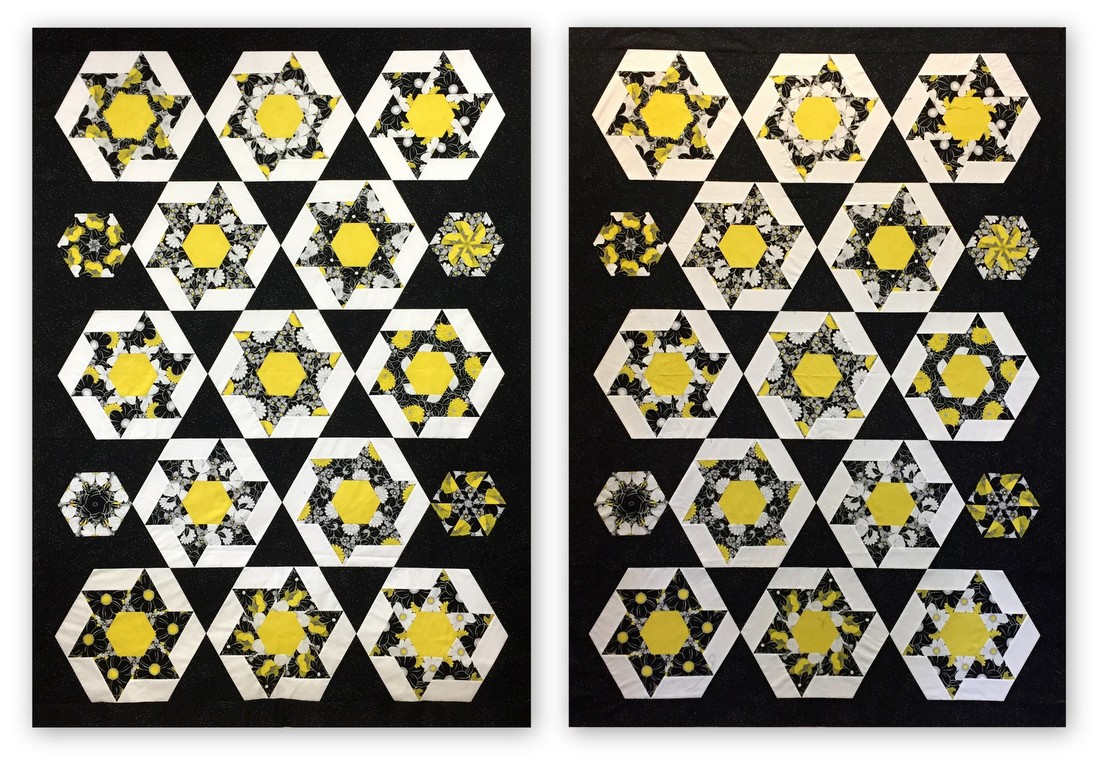 I was concerned about the lack of color in that hexie kaleido block even before I added it to the quilt so I employed a Sharpie Ultra Fine Tip permanent marker to give it a boost: 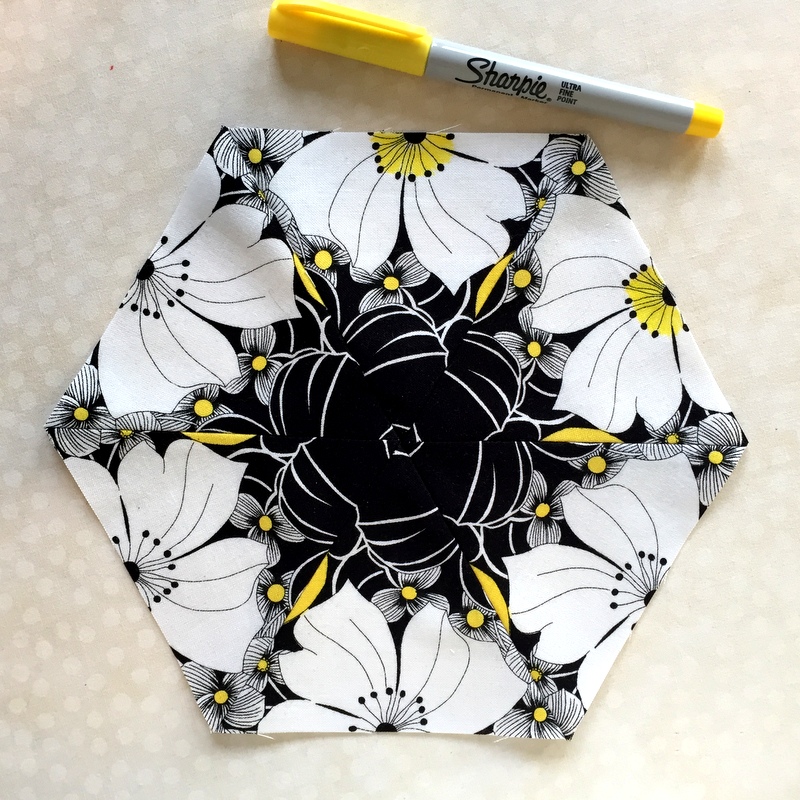 This is a trick I learned from a quilt teacher, who referred to permanent markers used in this fashion as “quilter’s caulk.”

Here’s the block with the color added all around: 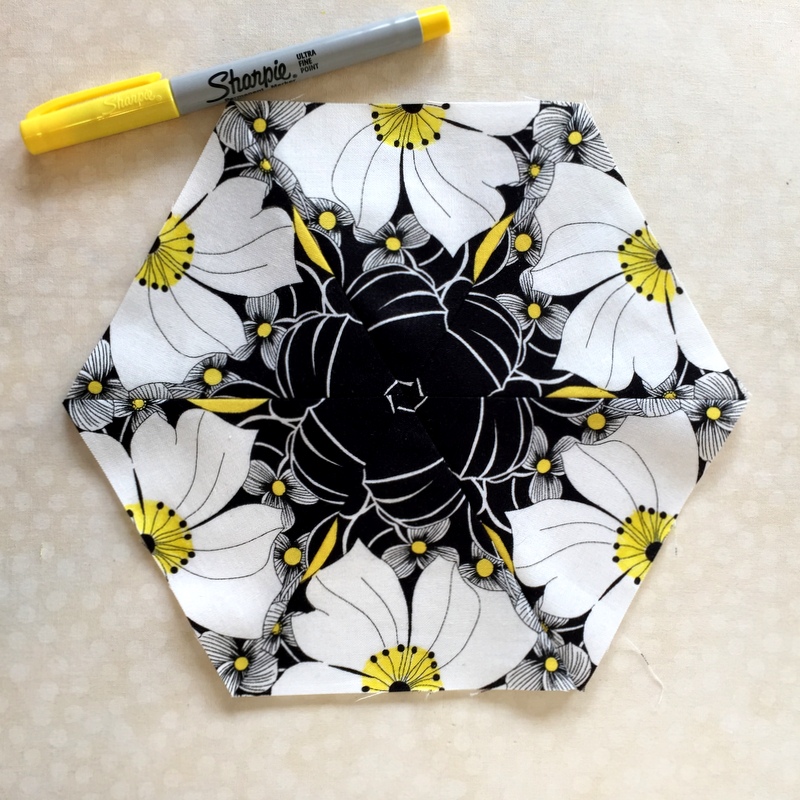 Sadly, much of the yellow on the outside edges disappeared because I had to trim the block before I added the side triangles and then I lost more of the color to the ¼” seam allowance: 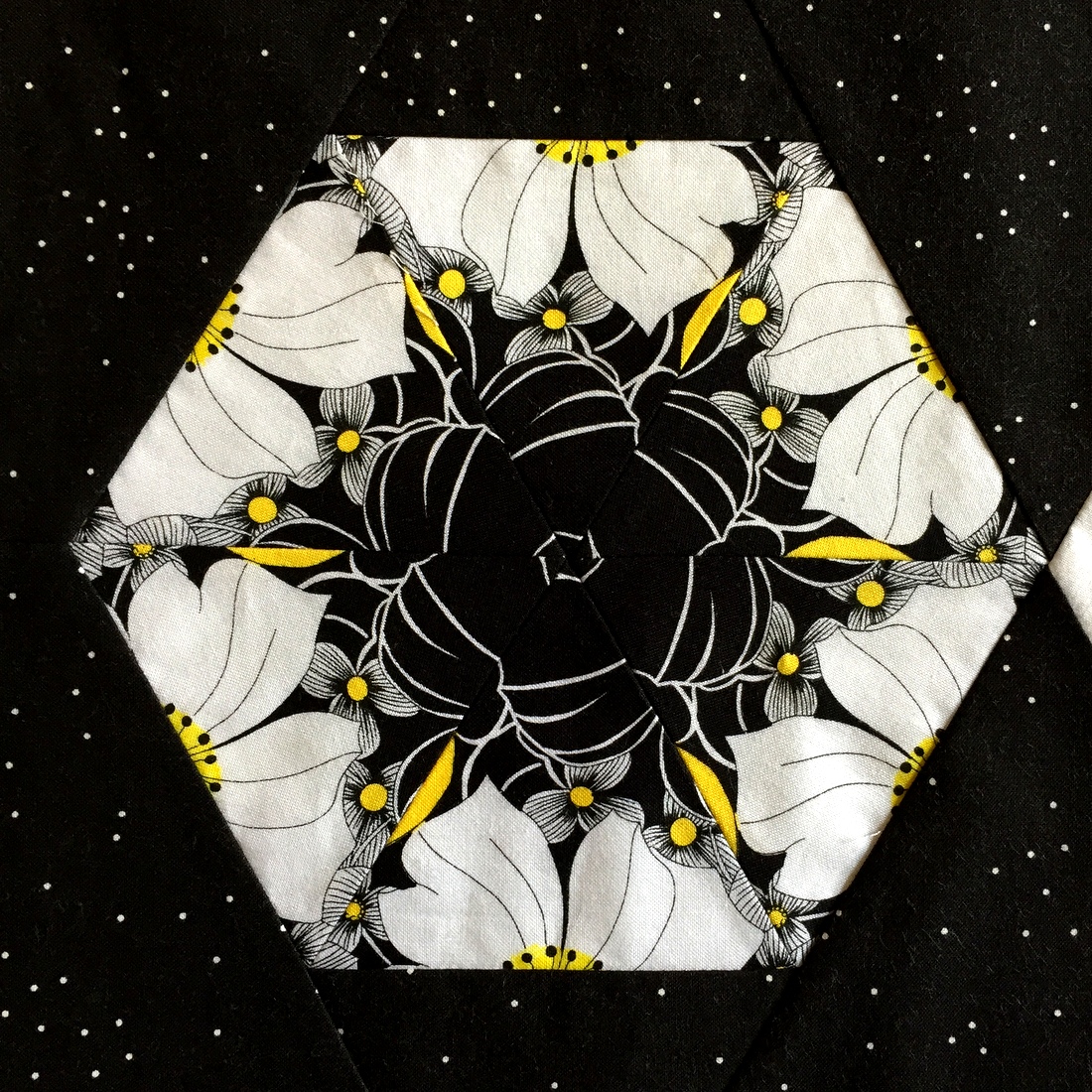 I actually toyed with the idea of adding more yellow in the white flowers, practicing on a couple of scraps  . . . 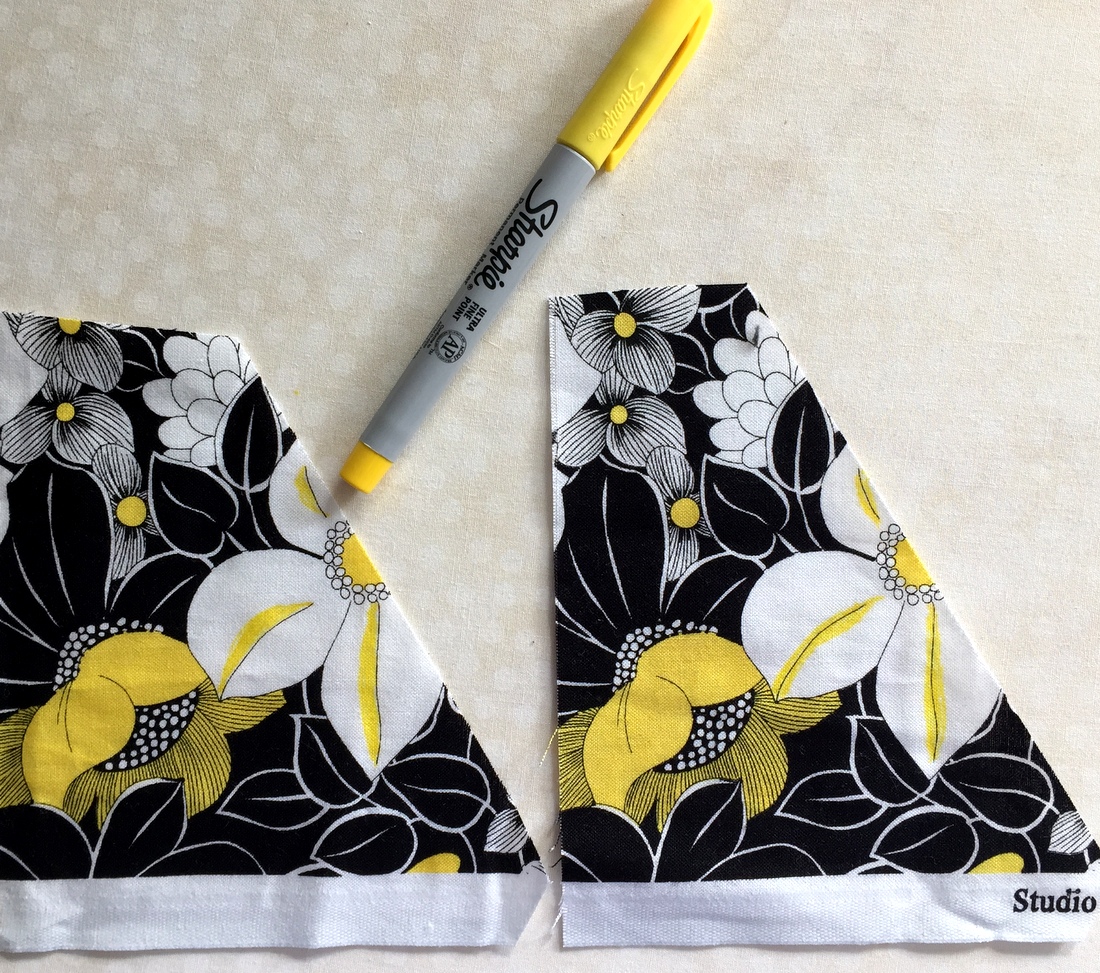 . . . before concluding I was taking my obsession with balance too far. And here’s the thing about using permanent markers on fabric: if you make a mistake, it won’t wash out.

So my kaleido-spinner quilt top is done. I have a small piece left of the original floral fabric to put on the back — people always want to see what the fabric looked like before it was cut into little pieces.

Oh, and my quilt now has a name. It’s Stella by Starlight.