Friends, it couldn’t have been easier.

My challenge was to make four Flying Geese units that measure 1⅞” x 3¾” finished (2⅜” x 4¼” unfinished). Those are the measurements needed for the resized block I’m making from the pattern Idyllic by Coriander Quilts. My last post explains why I was even entertaining this idea.

Neither of the two specialty rulers I use for trimming Flying Geese units have such odd measurements so I decided to make a set the closest size up marked on the rulers and then figure out the best way to trim the units down. The closest size up was 2″ x 4″.

I chose to use the Ultimate Flying Geese ruler designed by Deb Heatherly for Creative Grids and the method that yields four units from two squares: 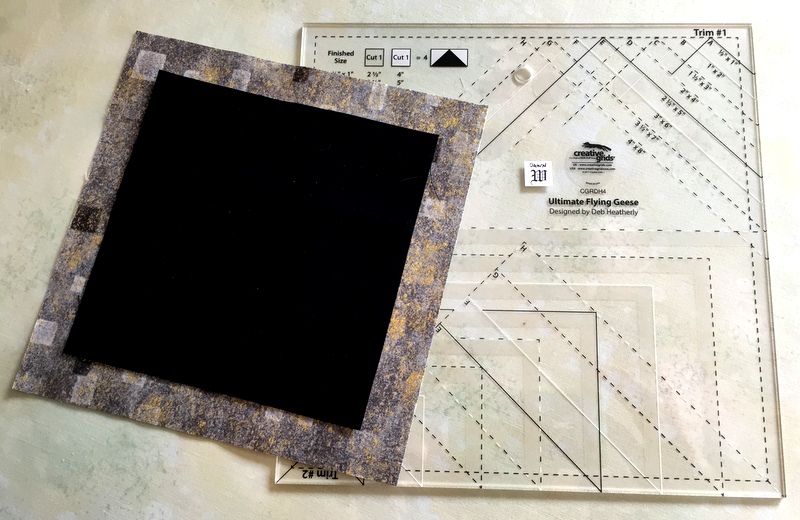 .
This is such a great method! With very little sewing and cutting you end up with two pieces that look like this: 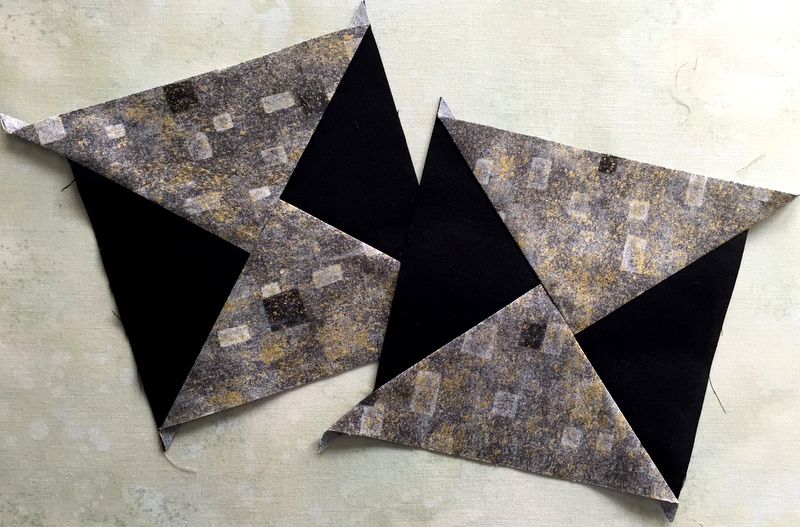 Those pieces are magically transformed by trimming (with very little waste) into four Flying Geese units. Here are two of the four units trimmed to 2½” x 4½”: 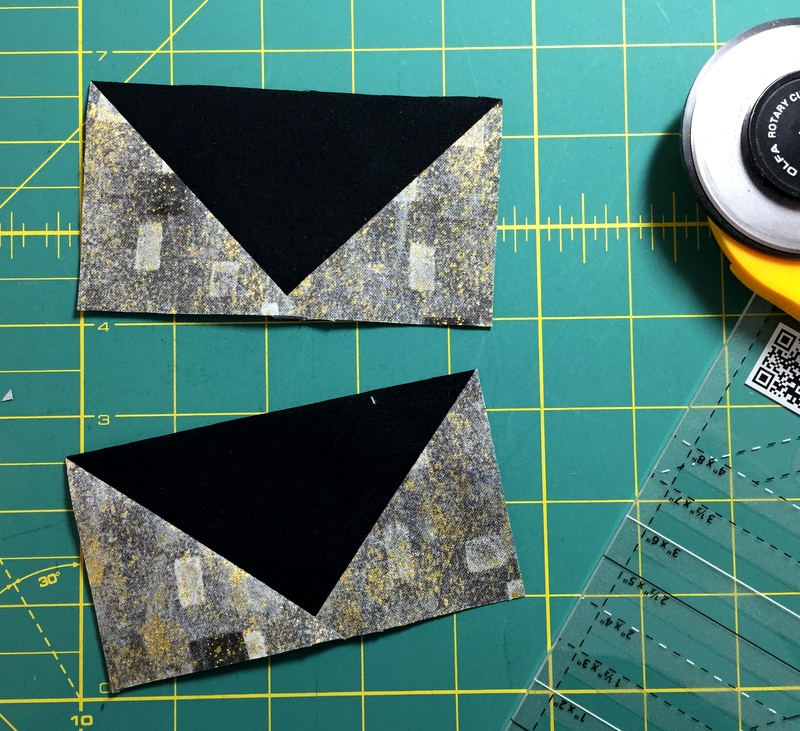 I trimmed an eighth of an inch off each side to bring the width to the desired 4¼”: 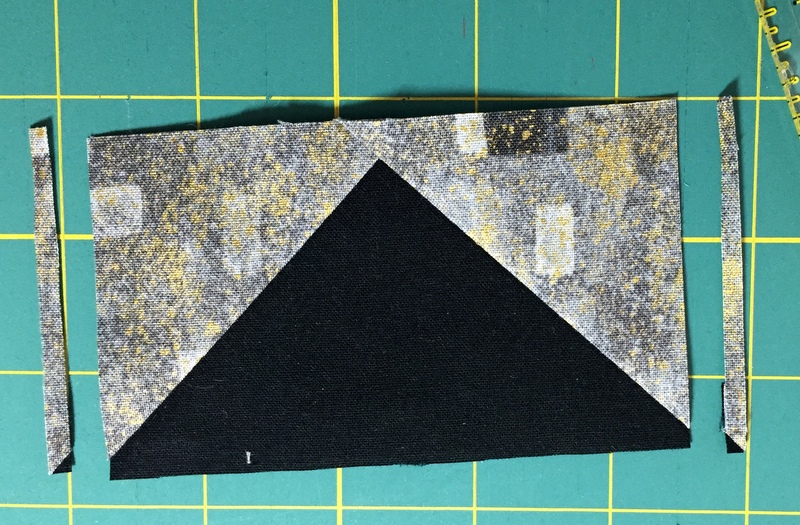 That was when I realized how easy my task actually was. Notice two things. First, in the photo above you can see that the top of the unit has already been trimmed so that the point of the black triangle (the “goose”) is exactly ¼” from the raw edge. Second, once the sides are trimmed it immediately becomes obvious that it’s the bottom edge that needs to be trimmed.

In the photo below you can see that when I trim an eighth of an inch off the bottom, my unit will measure exactly 2⅜” x 4¼” — and the diagonal line on the ruler is running right where it should along the seamline: 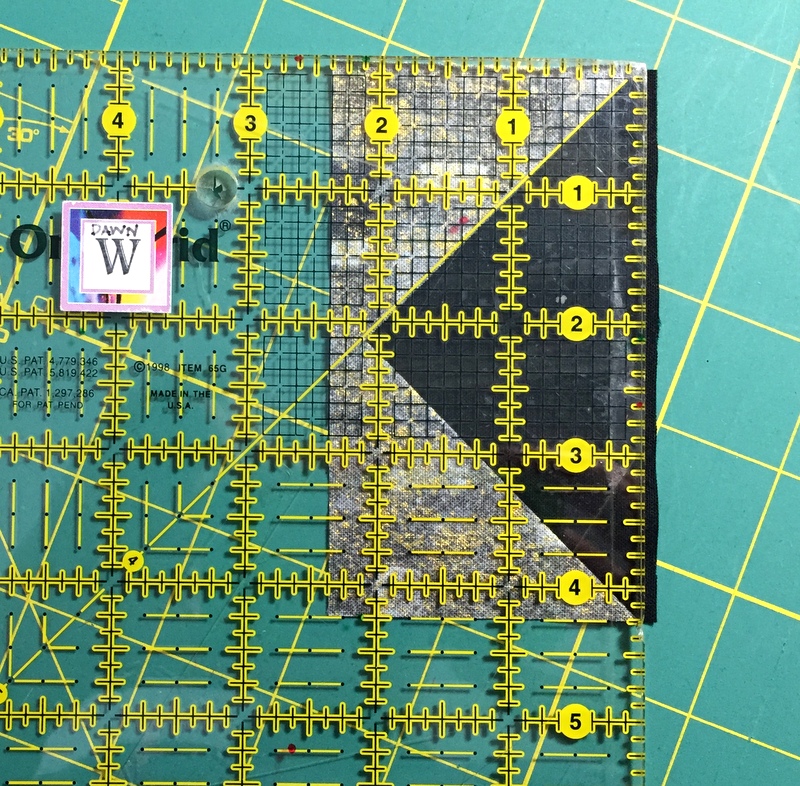 Here’s that Flying Geese unit with a mere eighth inch trimmed from each of three sides, giving me exactly the size I need for my resized block: 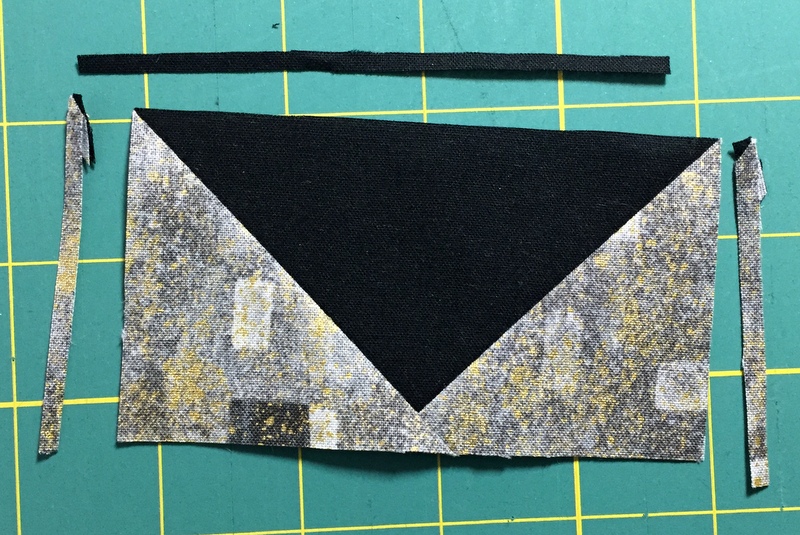 The next challenge? Deciding what to do with these blocks.

This entry was posted in Idyllic, update. Bookmark the permalink.

6 Responses to A Mere Eighth of an Inch