. . . is something we are not having in Portland, Oregon at the moment. There’s snow on the ground and “frozen mix” predicted for eight of the next nine days. C’mon, Portland! Where’s that teaser week of balmy weather we usually get in February?

Despite the inclement weather forecast, I can claim a spot of Fair Weather inside the Portland White House, namely in my sewing room: 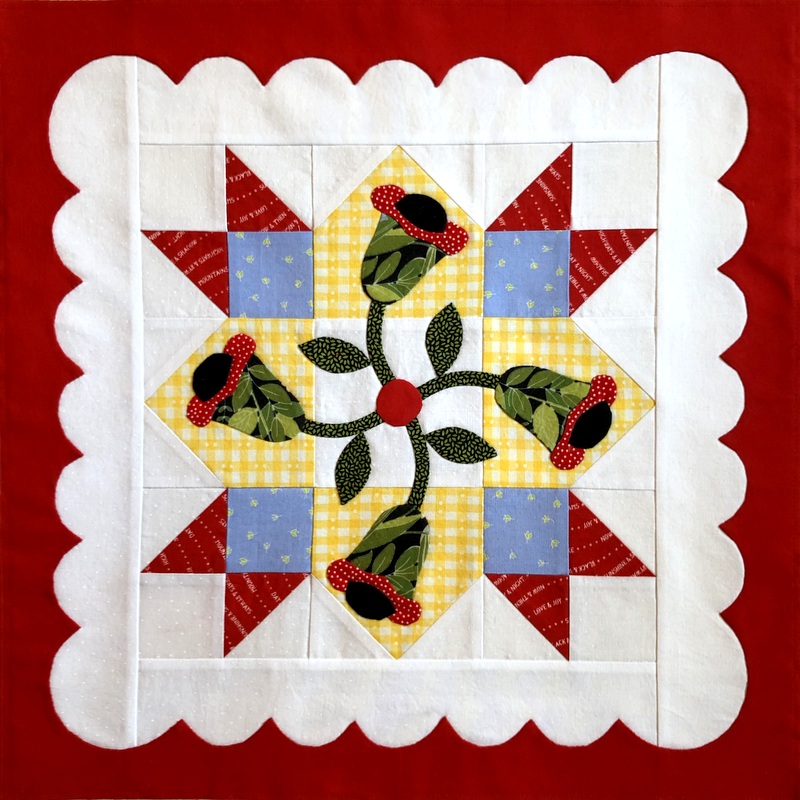 That’s the name of Block 10 of Hazel’s Diary Quilt, the gorgeous sampler quilt designed by Shelly Pagliai that’s been the focus of much of my sewing and needleturn appliqué efforts over the past 14 months.

Here’s the block on point, as it will be in the finished quilt: 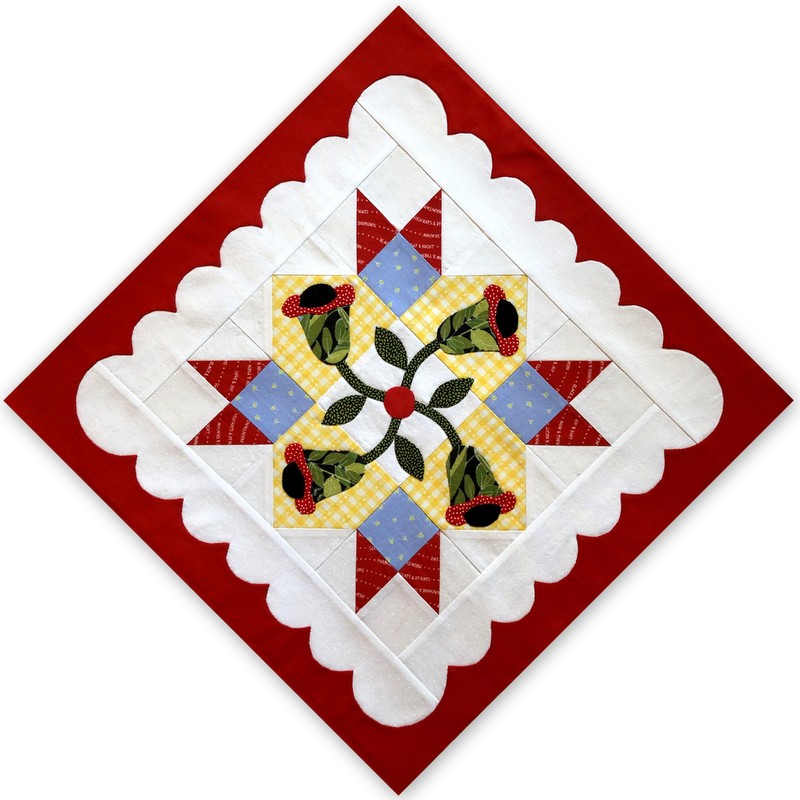 Don’t you love the swirly motion provided by the stems in the center appliqué?

Seven blocks are now framed in red and up on my design wall: 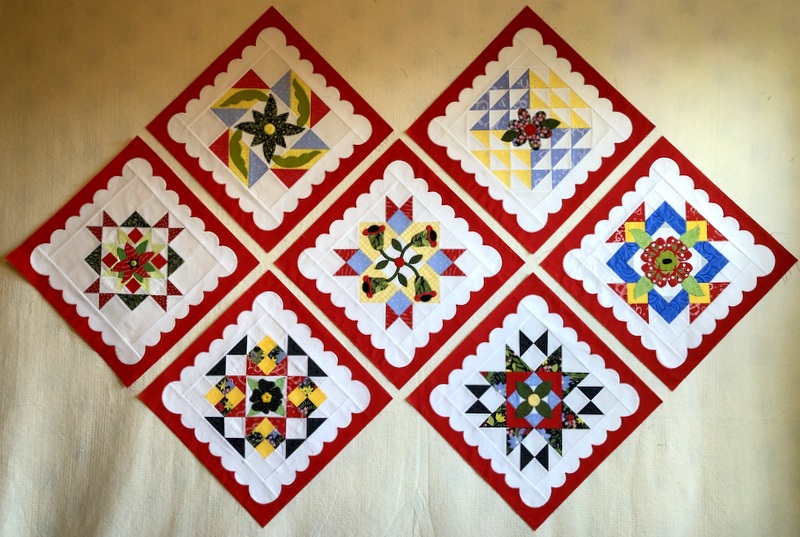 These blocks measure 18½” square. Set on point, they measure about 26″ across and take up a good portion of the design wall.

Progress is slow, partly because I’m not very fast at needleturn appliqué and partly because I’m working on other projects. One of them: another appliqué design totally unrelated to Hazel’s Diary Quilt that has a special story attached to it. I’m getting very close to revealing it so stay tuned.

And I’m longing to dip into my stash of indigo and cheddar fabrics to make some blocks using Jenifer Gaston’s Churning Stars design. I know I shouldn’t be starting a new quilt but the pull is very strong. I don’t think I can resist. . .