I thought I was done making blocks for my Scattered Stars quilt. Nope, not quite. I wound up making one more 18″ square block: 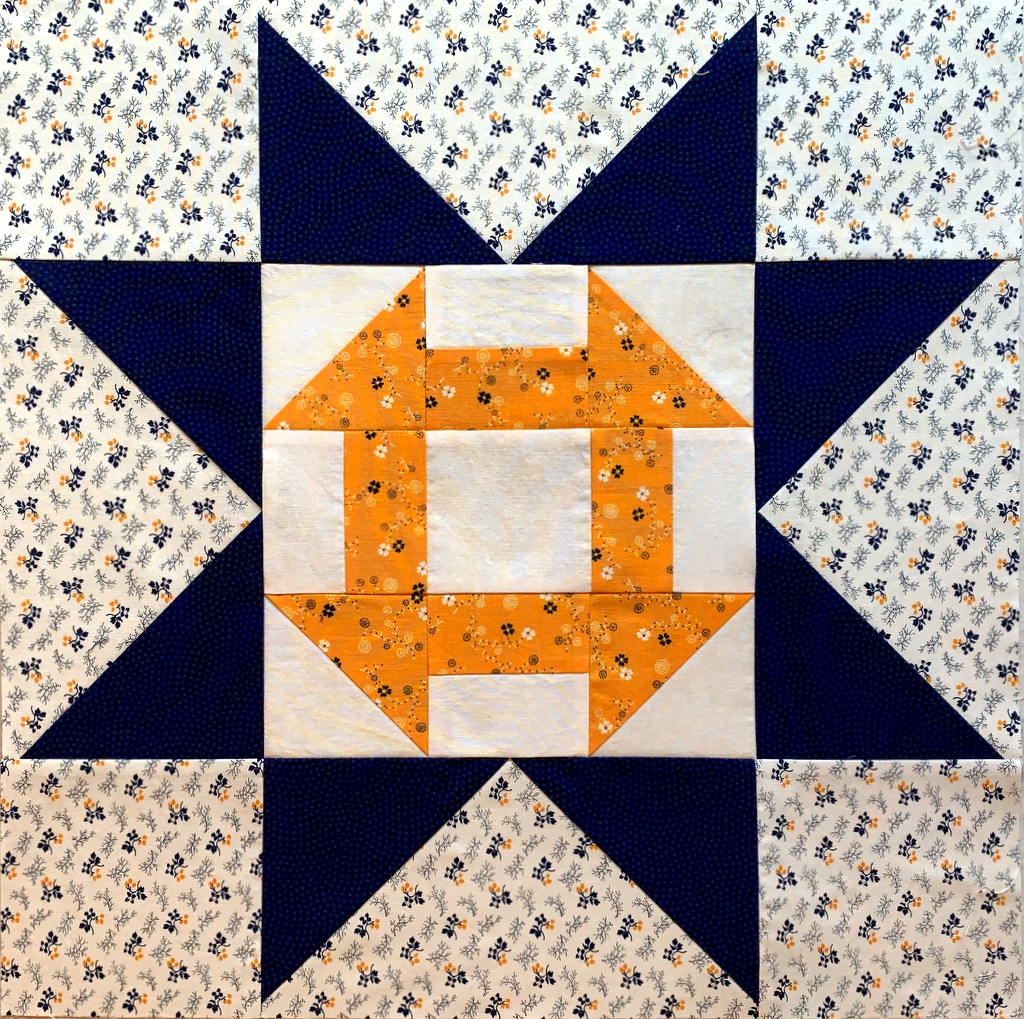 Here’s why. I’d been thinking over the last few days about how to piece the backing and knew that I wanted to incorporate these two 18″ blocks left over after making the front: 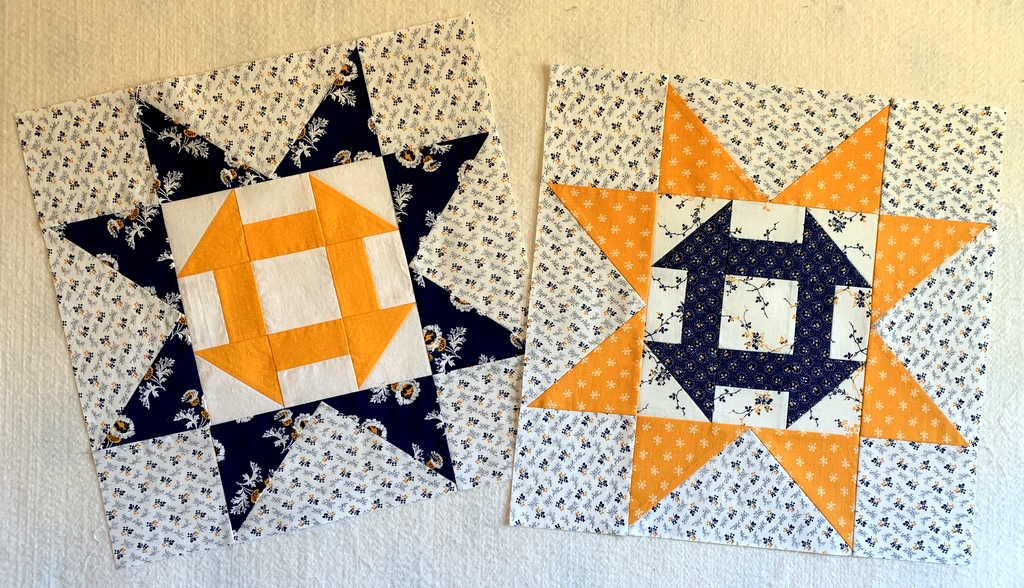 They didn’t make the final cut, not because I don’t like them — I love both of them! No, it’s because of the print I chose for the background: the scale is larger than the prints I used in the background of the other blocks. When I had all the blocks up on my design wall, moving them around and determining final placement, these blocks simply overpowered the ones around them. I had made 12 18″ blocks and only needed 10 so it was an easy decision to pull these two.

(If you look at my final layout, you’ll see there is only one other block with that same background fabric and it’s a 12″ block so it doesn’t overpower its neighbors. Look slightly more than halfway down, slightly to the left of center.)

So. . . I had the two 18″ blocks to play with. Two big blocks on the back of a quilt would probably look okay but I think groups of three are more attractive. That’s why I had to make one more block using the same larger scale background print to unify the three blocks. Then I had to decide how to arrange them on the back. Something simple, nothing fancy. Final decision: I’m going to stagger them. After matching 48 pairs of star points on the front this much was sure — no more matching star points!

Here’s my mockup of the back:

That little square on the lower left side is where the label will go. Maybe I’ll incorporate a small Sawtooth Star block into the label. We’ll see.

Now that I’ve decided what to do for the back, it shouldn’t take much time to sew it together. I’ve been distracted of late by domestic chores, both enjoyable (trying new recipes) and not so enjoyable (cleaning the oven) and by the ever-present lure of books.  But sewing and quilting are never far from my mind so I should have something to show you before too much longer. No sewing right now, though. It’s time to head into the kitchen to make Roast Chicken with Caramelized Shallots.