When sister Diane and I visited sister Reigh in Idaho over Memorial Day weekend, we went to HomeFabrics and Rugs, a home decorating fabric store in Boise with an incredible selection of high quality fabrics and trims, matched by amazingly low prices. Diane found a beautiful piece of home dec fabric for a dollar a yard. Too good to be true? Well, there was a hitch: she had to buy what was on the bolt. As it happened, there were 10 yards of fabric on the bolt. There went 10 bucks. For another $10, Diane shipped the fabric home to Georgia. She had no idea what to do with it but just knew it would look good somewhere in her home.

She actually found two places to use the fabric. First, she had the two vintage slipper chairs in the downstairs guest room recovered. Here is a picture of one of the slipper chairs before . . . 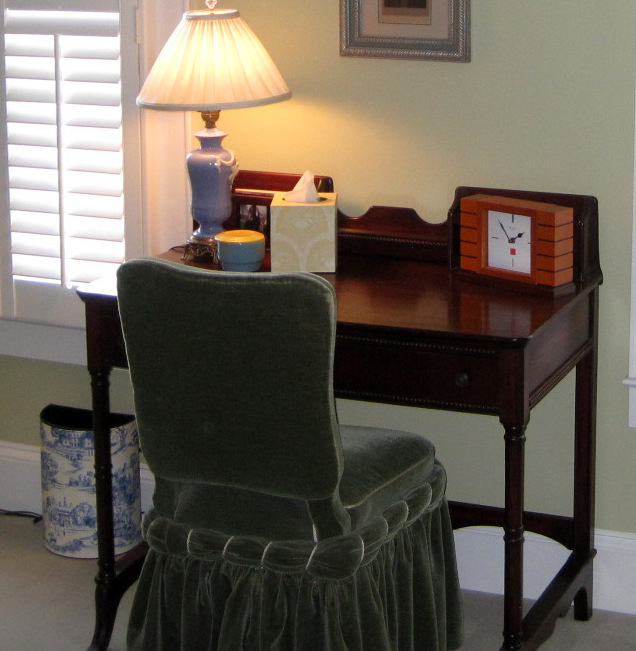 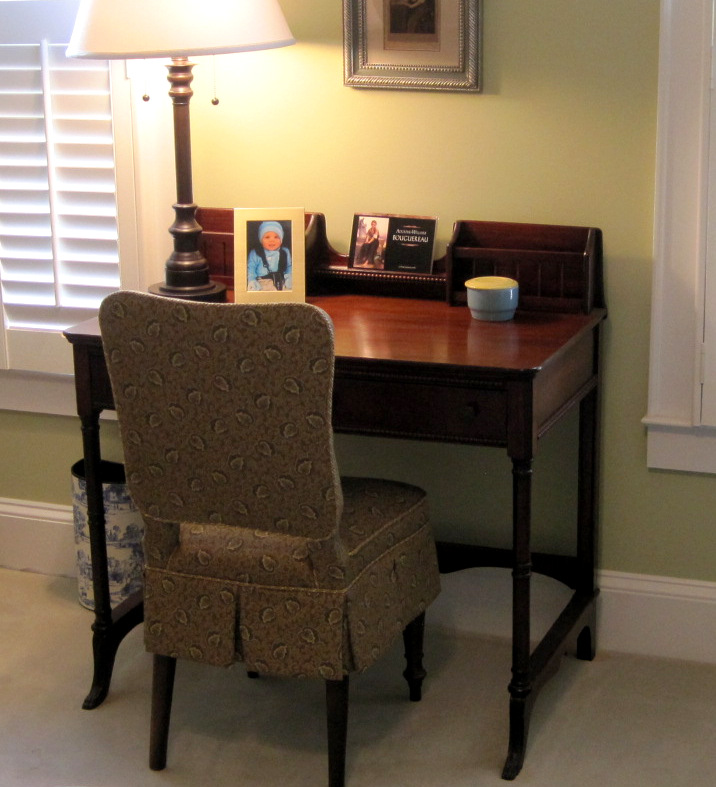 The slipper chairs were originally covered in a velvety green plush, with a gathered skirt that went to the floor. The newly recovered chairs are more tailored, with a shorter skirt that’s pleated rather than gathered. The fabric is a brushed cotton, in a medium-scale print that goes very well with the other furnishings in the room.

This picture of the second slipper chair gives you a good look at the front:

I think they are just charming! The best part is that there was enough fabric left over from having the chairs upholstered to recover the four chairs in Diane’s kitchen dining area. She waited till I arrived for my annual Thanksgiving visit so we could tackle that project together. 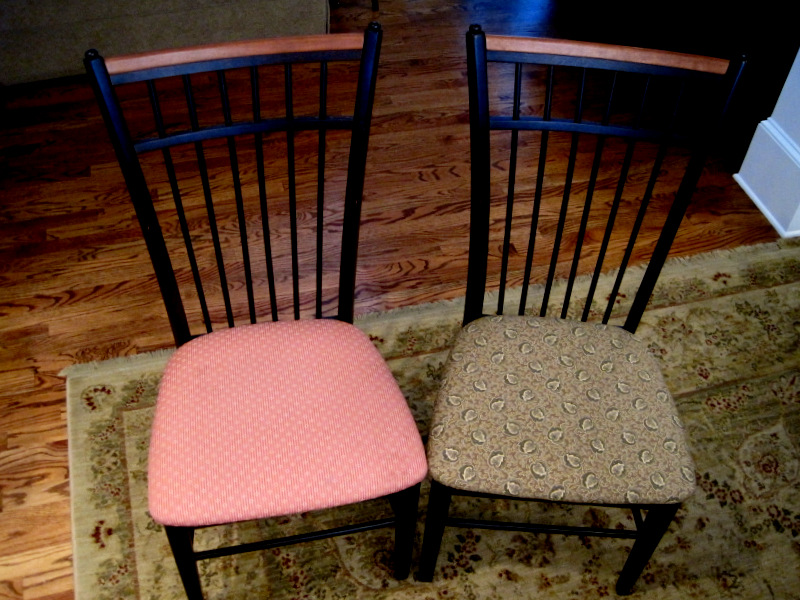 This entry was posted in family, home dec, update. Bookmark the permalink.