My quilt Catch a Falling Star, based on Minnesota quiltmaker Terri Krysan’s Reach for the Stars quilt, is currently hanging in the Pine Needle Quilt Shop where it is receiving very nice comments from customers.

Several people have asked how my quilt differs from Terri Krysan’s (other than the obvious difference of fabric choices) so I thought I would give you a look at both quilts side by side:

The center medallion and three of the blocks were made following Terri’s design. From there I departed in ways both large and small. I’ll use the quilt outline below to explain those differences: 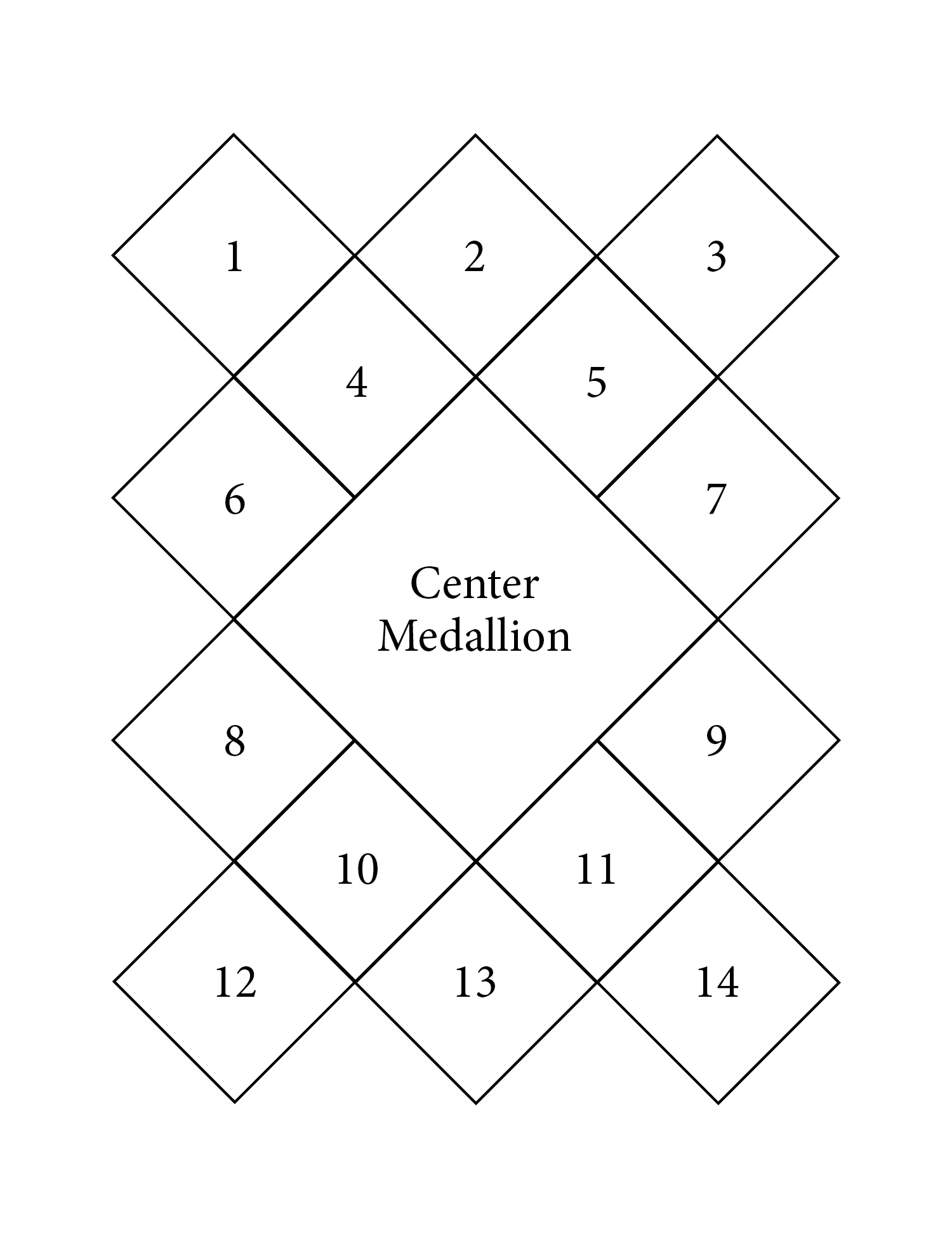 Block 4: changed center of block to a fussy-cut image enclosed in an inset circle. Moved to Block 11 position.

Block 6: replaced pinwheel in center of block with a 4-Patch Wonder block. Moved to Block 7 position.

Block 11: replaced block completely with a block I dreamed up (although it may well exist elsewhere). Moved to Block 4 position.

Block 12: made the center a square within a square and changed the color value in the corner four-patches to avoid having dark fabric in the points where they would bleed into the black sashing. Moved to Block 9 position.

Block 13: incorporated fussy-cut image into circle in center. My circle is inset rather than appliquéd. Moved to Block 8 position.

The setting triangles were made following Terri’s design but I altered the design of the checked border to make all four corners symmetrical. I’m very proud of that achievement.

Now you probably think all 14 blocks are different, don’t you? Not so! Two of the blocks are exactly the same design. They just look different because of the fabrics used. Can you spot which two are the same? Here’s a bigger photo of my quilt to help you look: 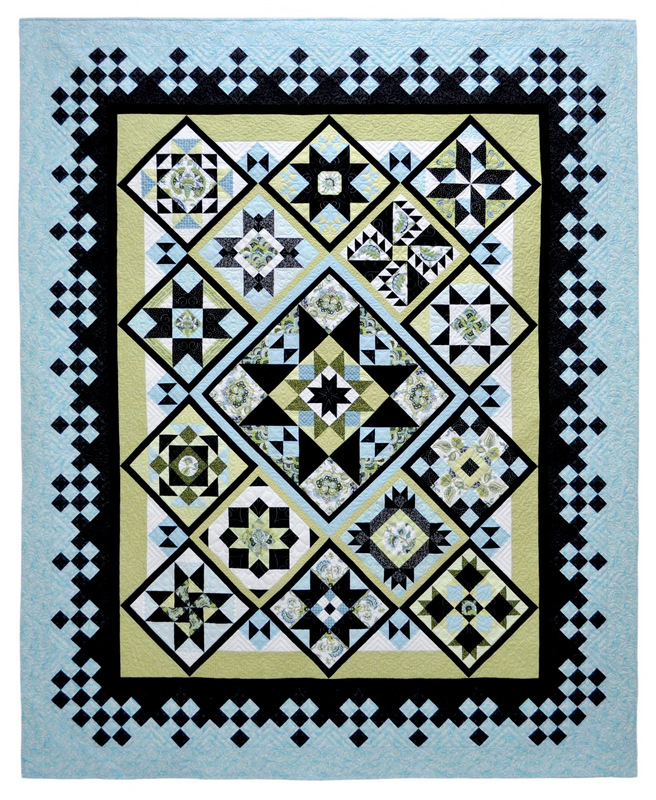 This entry was posted in 4-Patch Wonder, Reach for the Stars sampler quilt, update. Bookmark the permalink.

18 Responses to Reach for the Stars: Side by Side